One of the most popular mods for the WRX/STI is the COBB Accessport. I had some familiarity with COBB after owning my Fiesta ST, but never got around to running a tune before I sold it. Before I even placed my order for my WRX, I knew that an Accessport was a must have! After almost two and a half years, I decided to take the plunge and ordered one from MAPerformance earlier last month.

Before going any futher, I want to give a shoutout to the guys and gals at MAP for their awesome customer service and crazy fast shipping. The time from ordering my AP to having it in-hand was basically one business day! They even threw in their Stage 1 tune for free! 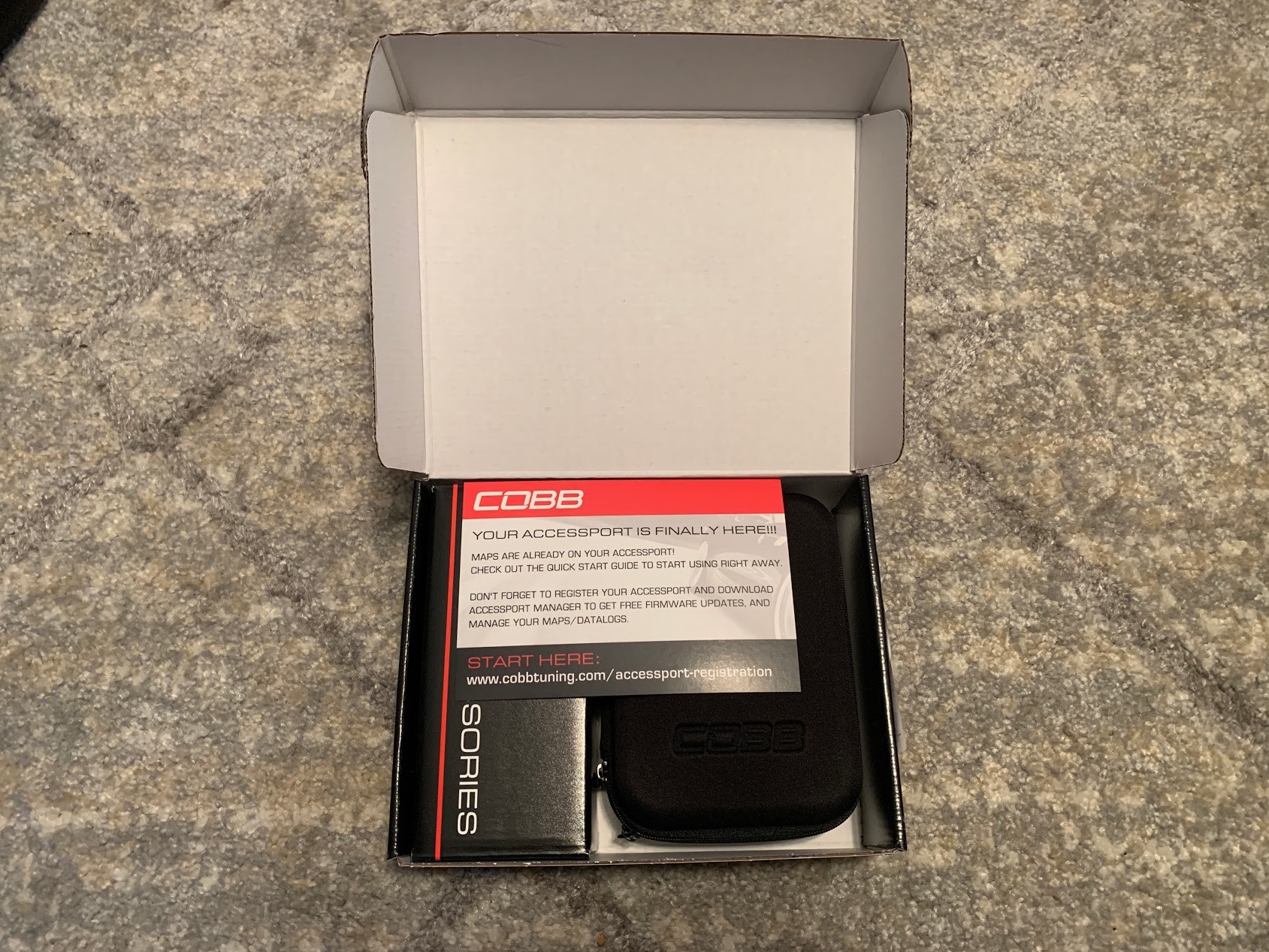 So after a few weeks of driving the WRX with a tune on it, does it live up to the hype? What are the advantages/disadvantages to tuning? My thoughts are detailed below, but first let’s start with the basics.

What is an Accessport?

Arguably one of if not the most popular tuning platform, the Accessport is now on its third generation (the V3). COBB Tuning has been developing automotive performance parts out of their headquarters in Austin, TX since 1999. Since their inception, they’ve maintained a close relationship with the Subaru community.

Side note: When we took a vacation down to Texas a few years ago, I made sure we had a chance to stop by the COBB HQ and check them out. We were lucky enough to talk to a few of the employees on their break, play with some puppies, and check out some of the awesome cars parked around their lot! It was awesome to see their facilities and see first-hand how passionate everyone at the company was about what they do. 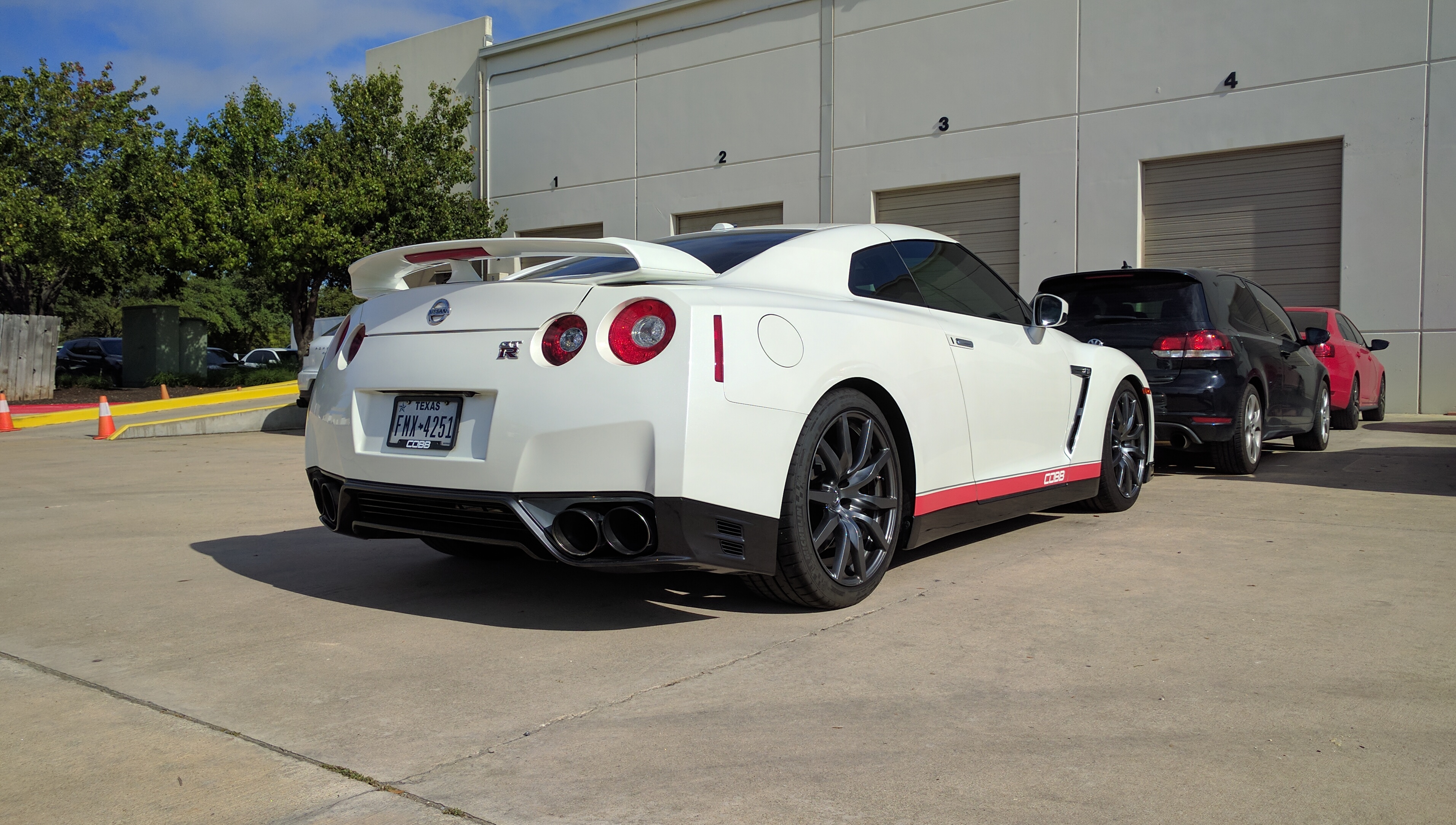 As far as the Accessport itself, its a mobile phone-sized device that plugs directly into your car’s OBD-II port and provides access to a wealth of vehicle information, real-time data, and even lets you read and clear Check Engine Lights and codes. Most importantly though, the Accessport was popularized by its ability to reflash a vehicle’s ECU with aftermarket tunes. 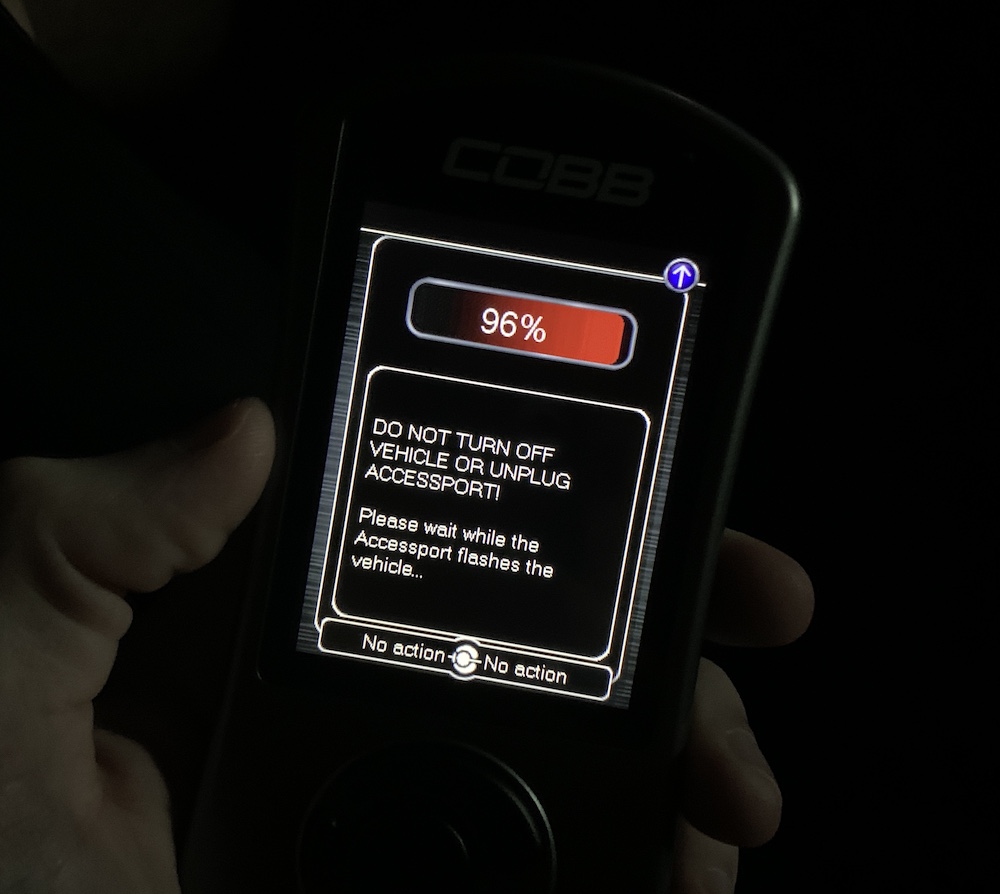 A tune is basically an adjusted set of operating rules that a vehicle utilizes to determine power output, air/fuel ratios, timing, etc. On turbocharged cars like the WRX, an Accessport unlocks a ton of options - allowing you to harvest impressive gains in horsepower and torque without any additional modifications.

So why don’t these cars come with these adjustments from the factory? Well automakers have to design their vehicles to perform in a wide variety of temperatures, altitudes, etc. so it would be a disadvantage to some drivers to optimize the vehicle for one specific climate or even one country’s regulations. After all, automakers are at the mercy of increasingly tough emissions laws, and aim to produce cars that are more reliable than they are fast.

As a result, most cars roll off the assembly line with relatively conservative engine tuning - in most cases to optimize mileage, longevity, etc. For 99% of buyers, these restrictions aren’t even noticed or bothersome. However, for someone who wants to get the most out of their vehicle, an aftermarket tune is an easy way to improve performance. If you’ve got deep pockets and a desire for speed, additional physical modifications to the various powertrain components can unlock even further potential!

So why did I wait?

There’s a number of reasons I decided to wait a few years before flashing an aftermarket tune on my WRX. Most importantly, while using an Accessport doesn’t explicitly void your warranty, it’s a gray area to say the least. I’ve personally talked to a number of Subaru service departments about their acceptance of tuned vehicles, and each has had their own opinions on the subject.

In one case, I was flat out told any engine modifications (particularly a tune) would result in sacrificing my warranty and any service associated with it. More recently, my local Milwaukee dealership’s service department was much more understanding when I asked. They informed that as long as my vehicle wasn’t “modded to hell” (i.e I hadn’t made unsafe modifications to the powertrain), it was highly unlikely they’d have to deny a warranty claim.

The rule of thumb is the same as anything you modify beyond a manufacturer’s tolerances: If the service department can safely trace the cause of an issue to a modification you or someone else made to the car, the cost of repairs will most likely fall on you. However, I have heard some stories of owners working directly with Subaru of America and having them honor warranty claims even dealerships would not. It’s a gamble to say they least.

Since I waited over 36,000 miles and two years to tune my WRX, I feel reasonably confident that any manufacturing defects and/or “unusual” issues have had enough time to work themselves out. 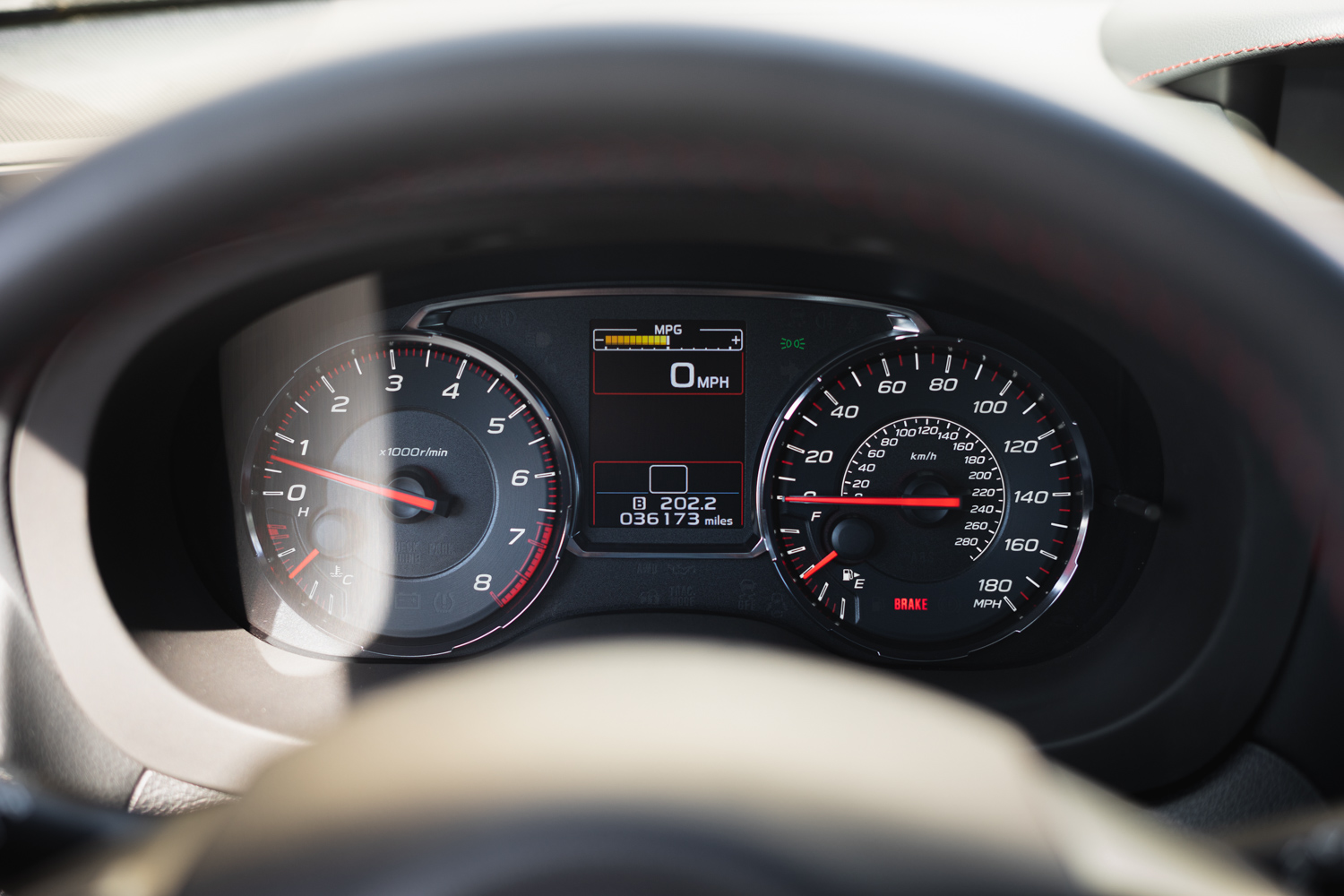 Another reason I feel comfortable tuning my car now is that I’m not chasing huge horsepower numbers or compromising the reliability of the engine with risky modifications. After all, the WRX is still my daily driver and I need it to be not only reliable and efficient, but usable day-to-day!

So now the big question…

Was it worth it?

Full disclosure: Because of ongoing events, I haven’t had nearly as much seat time in the car as I would like. I’m no longer commuting to work each morning, so drives in the WRX are usually resigned to weekly trips to the store. However, with the first signs of spring showing, I’ve had some opportunities to take the car out for a spirited drive! After a few hundred miles, my conclusions are as follows:

First, the car is noticeably easier to drive at low speeds. The stock WRX is notoriously difficult to drive smoothly thanks to very aggressive “rev hang”; i.e. when you take your foot off the accelerator, the vehicle will “hang onto” the revs for a moment before decelerating. As best I can tell, this was done for improved emissions/efficiency, but it made for a super frustrating driving experience. 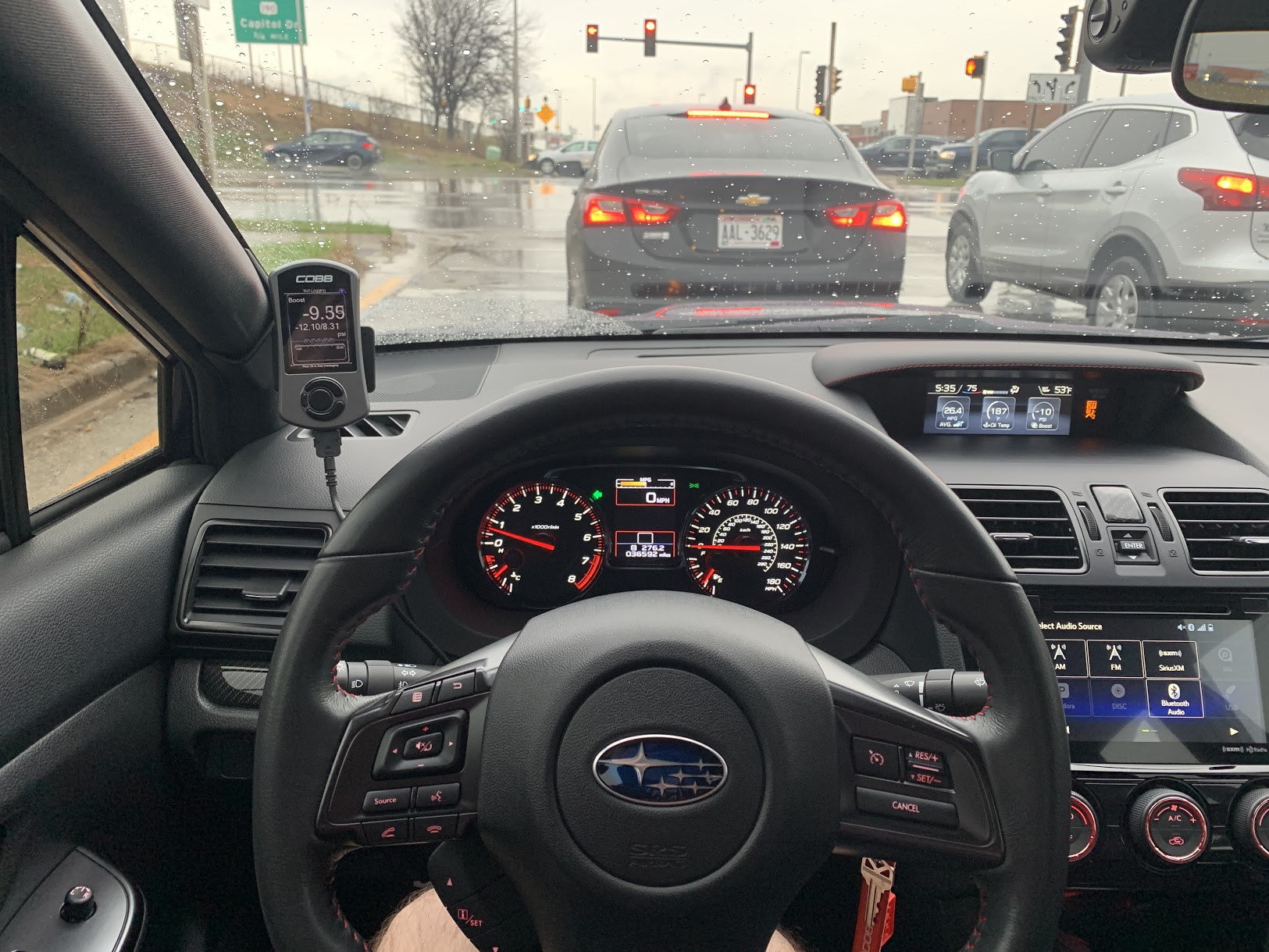 With the rev hang gone, I’m able to initiate red light starts much more smoothly. As a result, the car is more compliant in stop and go traffic - one of my biggest complaints about the WRX. There is still some “herky jerky” feel if I let off the accelerator and release the clutch too quickly, but as a whole the car no longer feels like it’s constantly fighting me at low speeds.

Secondly, the torque curve was flattened significantly. In stock form, the car would give a huge surge of torque at low speeds as the turbos spooled, but above 4500 RPM any sensation of power would die off. This made for an entertaining but frustrating experience when trying to accelerate, and led to a lot of short shifting. After tuning, the power delivery is smooth, predictable, and best of all still packs a punch.

I think the simplest way to explain the difference is with a surfer analogy: On the stock tune, the engine was like a huge but short-lived wave. This was “fun”, but it always left me having to work for more. With the aftermarket tune, the wave is smaller but the fun lasts a lot longer!

Finally, there are a number of more intangible benefits to the tune. I already mentioned how the car is more compliant at low speeds, but the overall experience of driving is more consistently enjoyable now. That’s not to say the stock tune made the car un-drivable, but there were times when I’d get behind the wheel and have to focus more on trying to drive smoothly than anything else. Whether it was the jerky shifts in traffic on my commute home, or the “not quite enough” acceleration when I’d hit a highway on-ramp, the stock tune had a tendency to spoil the experience at the worst times. 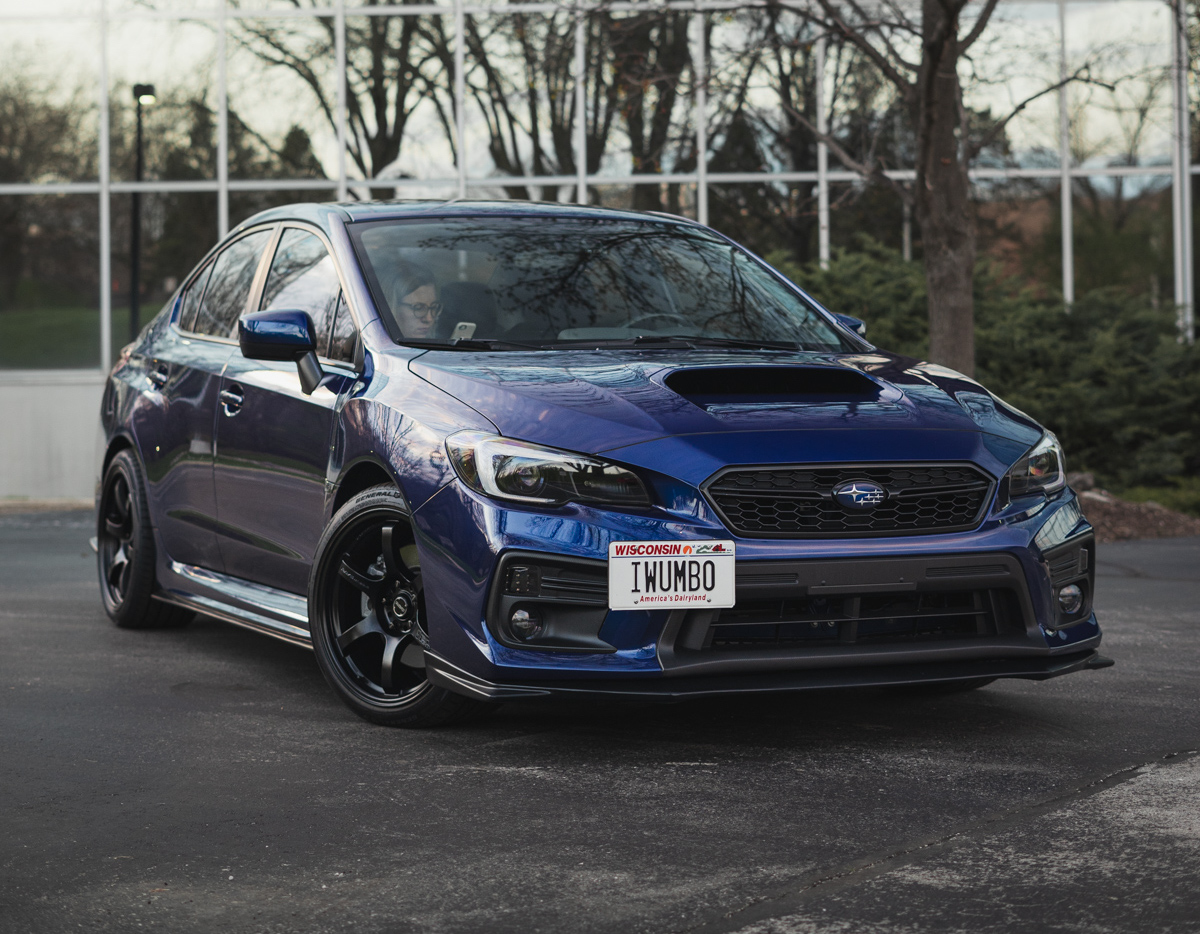 Case in point - While my wife isn’t much of a “car person” herself, one of our favorite things to do together is take a drive around town with the windows down in the summer. This was always a fun experience when I had my Fiesta ST, but that car was never really capable of sophisticated, so it failed to fit the bill in some respects. Since tuning the WRX, I’ve found it is capable of both. The drives with my wife are less about wrestling the car around, and I’m able to have a more focused conversation/be in the moment. It’s a small benefit, but one that’s already sold me on the benefits of the Accessport.

Overall the Accessport is an impressive little device. Undoubtedly countless hours of R&D went into every aspect of it’s functionality, and the net result is something that truly completes the WRX driving experience. To put it simply; A WRX without an Accessport tune is like cake without frosting. 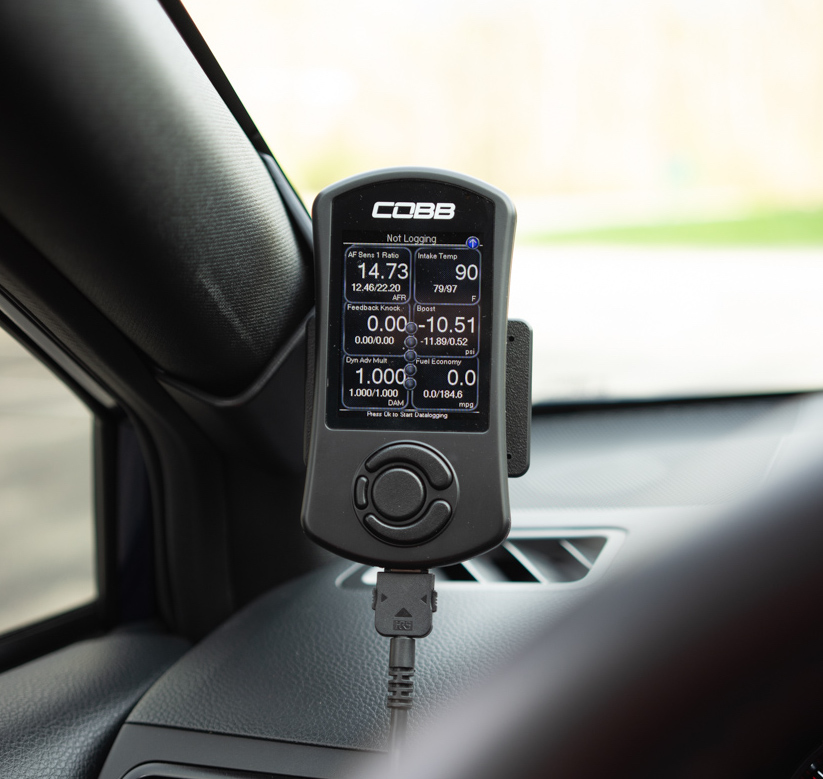 If you’re on the fence yourself, I’d highly suggest talking to other owners who have tuned their cars to be assured of the risks/benefits. But in my personal opinion, the risks are non-existent as long as you don’t push the car beyond its capabilities. Besides, the basic off the shelf tunes provided by either COBB or MAPerformance are plenty capable of putting a smile on your face every time you get behind the wheel!

Now if you’ll excuse me, I’m off to find some cake…