When I started creating content for this blog back in 2016, I was a total photography noob. I had some appreciation for what made a picture “good”, but the best camera I had was the one on my Google Pixel. 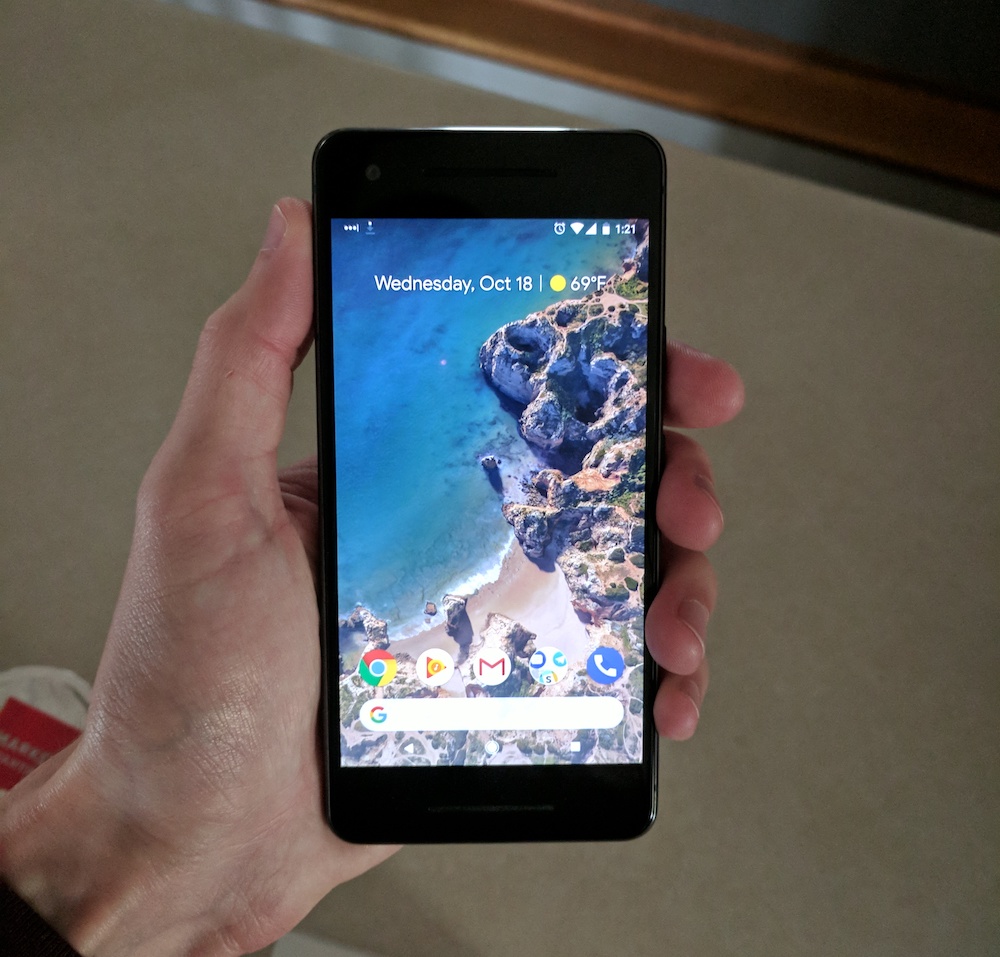 These were the days when smartphone cameras were still actively evolving from potatoes, so in an effort to improve the quality of my photos, I borrowed my Dad’s Canon DSLR. While it was certainly a step up from my phone’s camera, it wasn’t anything special (especially by 2016 standards).

The Canon served me well for a number of years, and was a great way to learn a lot of photography basics. As I got more comfortable shooting with the Canon, I eventually upgraded from the included kit lens to a “nifty fifty” Canon 50mm f/1.8 prime. 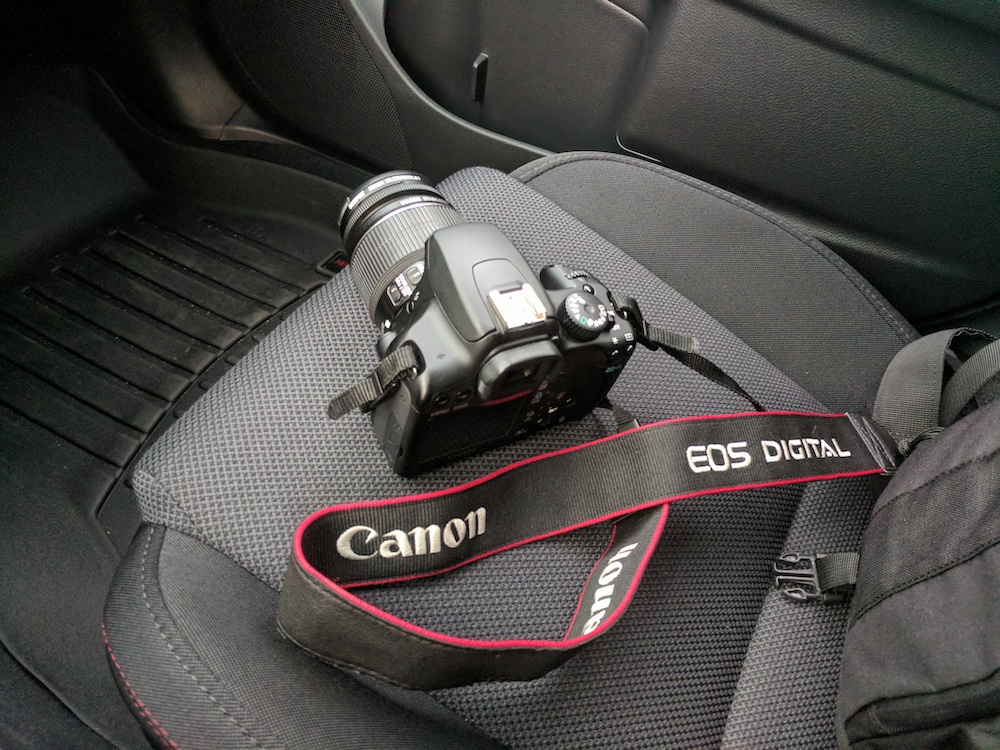 The 50mm was yet another step into the world of photography. Being a fixed focal length, I was forced to be more intentional about things like placement of the subject, distance between myself and the car, etc. I found my photos improving in quality, and was enjoying the new lens immensely!

But after a while, I became frustrated with some of the limitations of the camera itself. Namely, the autofocus technology was (literally) a decade behind modern cameras. All too often photos which looked great on the tiny LCD of the camera ended up being out of focus when I went to edit them later on.

It was really frustrating to feel handicapped by the camera rather than my own ability. No amount of “skill” could make the autofocus system of the Canon any better. As a result, it felt like the right time to start looking for an upgrade.

I figured a good place to start would be figuring out what kinds of cameras/lenses my favorite photographers were using. A closer look at some of my saved photos on Instagram revealed almost all of them were shot on Sony mirrorless cameras - specifically the Sony a7iii. 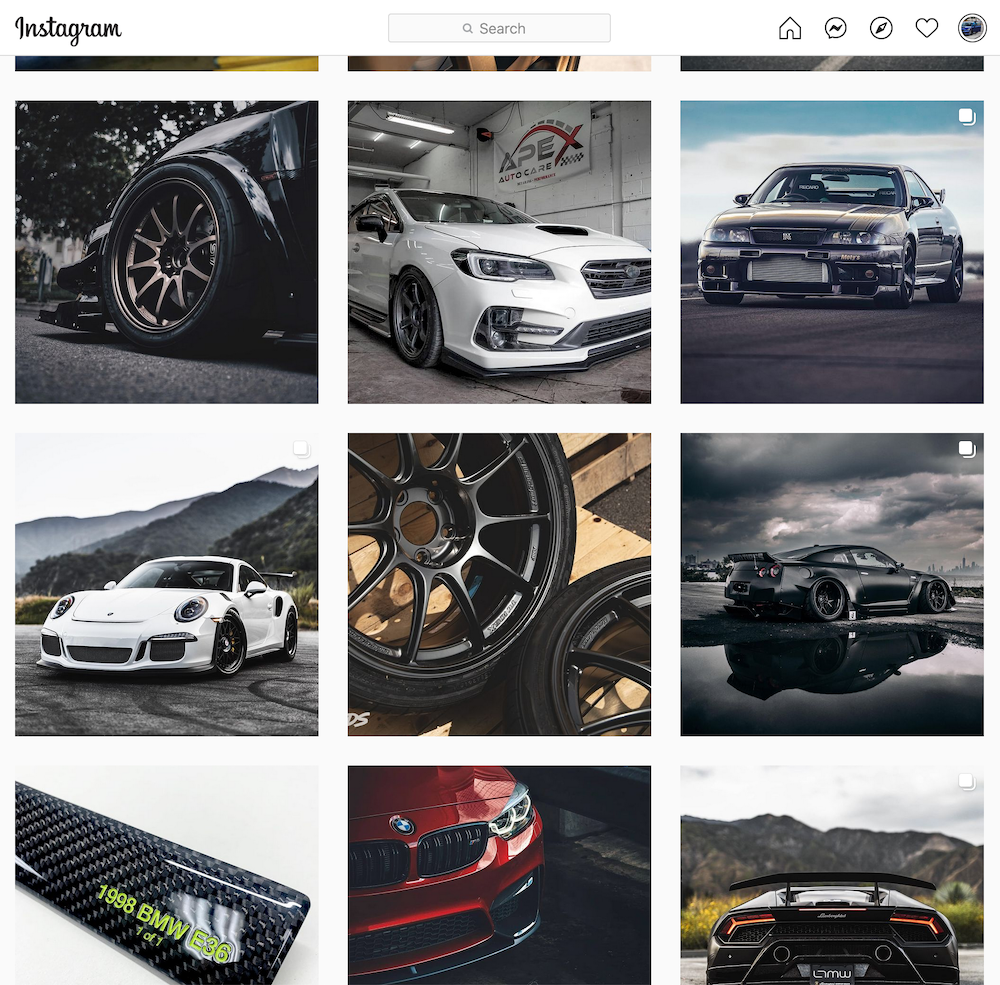 After scouring YouTube, blogs, and messaging a few photographers, the sheer amount of praise for the Sony cameras was overwhelming! In the end, I figured if it was good enough for the pros, it would be more than enough camera for me.

Unfortunately, the a7iii was a bit out of my budget. I just couldn’t swallow spending close to 2000 of my hard-earned dollars on a device I wasn’t using every day. Thankfully used last gen a7ii bodies were coming down in price, and as luck would have it, a local camera shop had a gently-used example on-hand!

When I got to the store and started messing around with the camera, my first thought was how well built the thing was! After years of use, I had become accustomed to the cheap plastic body and controls on the Canon. 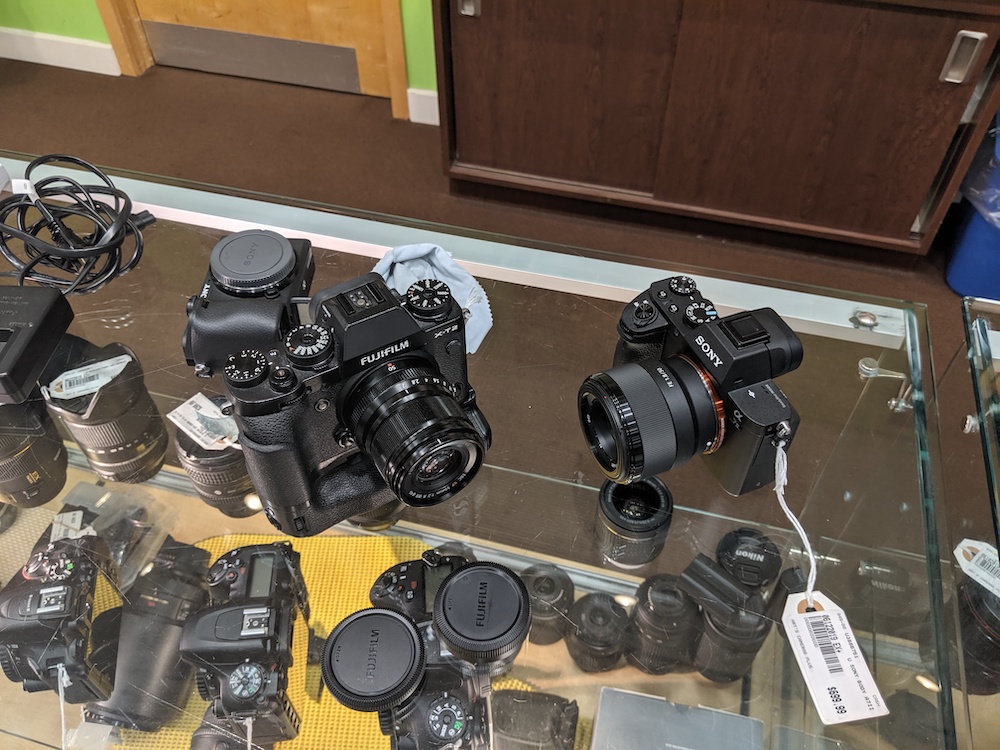 The magnesium body and tight tolerances on the switches and buttons exuded quality. When I fired it up and took a few test shots, I was amazed by how crisp and detailed everything looked - even on the camera’s tiny LCD screen!

As I dug into the menus and settings, I felt pretty overwhelmed but figured I’d learn the ins and outs with time and practice.

I think the guy behind the counter could sense my intimidation, as he reassured me that Sony was “the best you can buy”, and that the quality of the full frame sensor made it hard to beat.

They threw in a basic 50mm lens and a few batteries to sweeten the deal, so I walked out with a new camera in-hand!

Once I got home, I was finding excuses to shoot pictures of our cats, friend’s Christmas cards, the WRX, flowers in our backyard - everything! Every opportunity I could think to use the camera, I was running to my office to grab it off my desk. 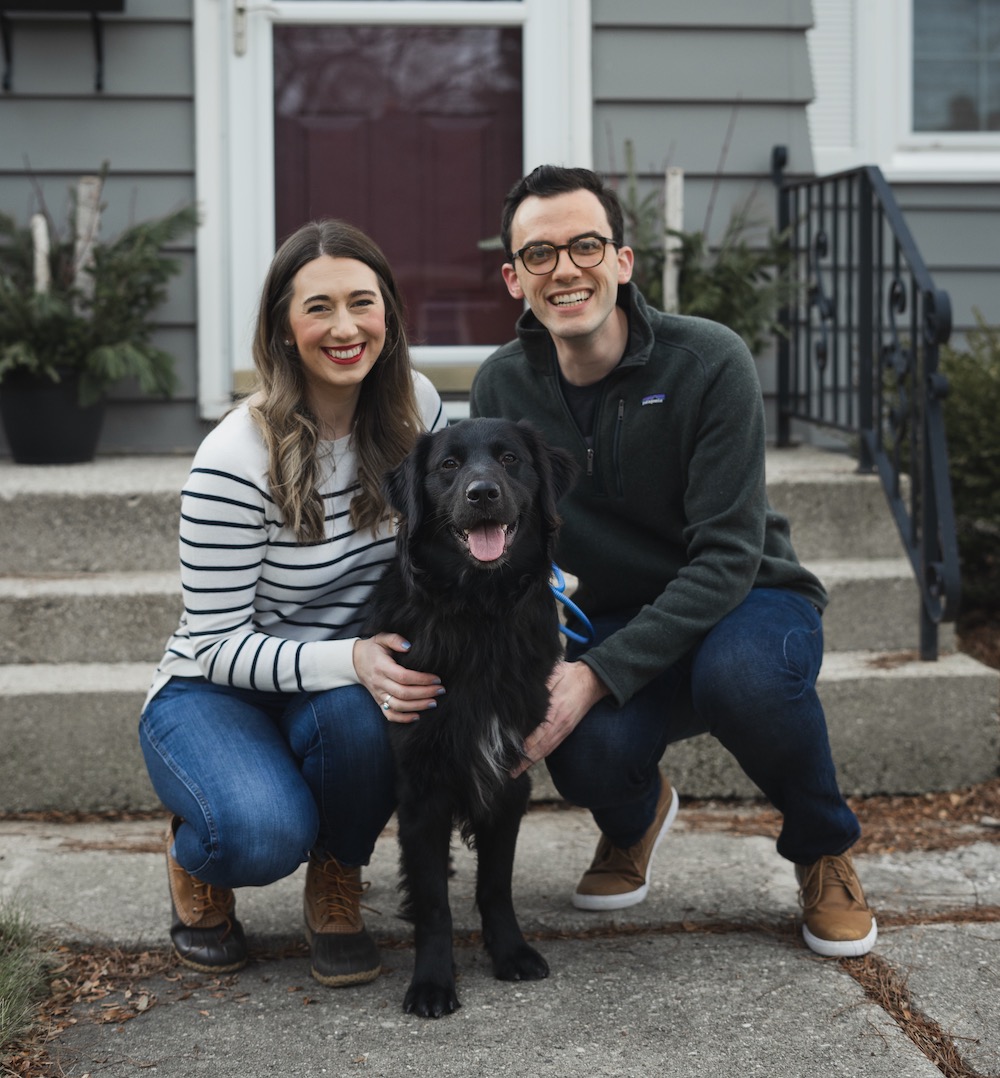 Editing the RAW files in Adobe Lightroom, I was seeing details and nuances in my images I had never even noticed before. Being able to drag the shadows slider almost all the way to 100% and pull detail out of shadows blew my mind the first few times I edited some photos!

I also came to appreciate how sharp my shots were, even in low light. The a7ii’s IBIS (In-Body Image Stabilization) compensated for any shake or movement of the camera. This alone was such a breath of fresh air from the blurry messes that were most of my Canon pics. 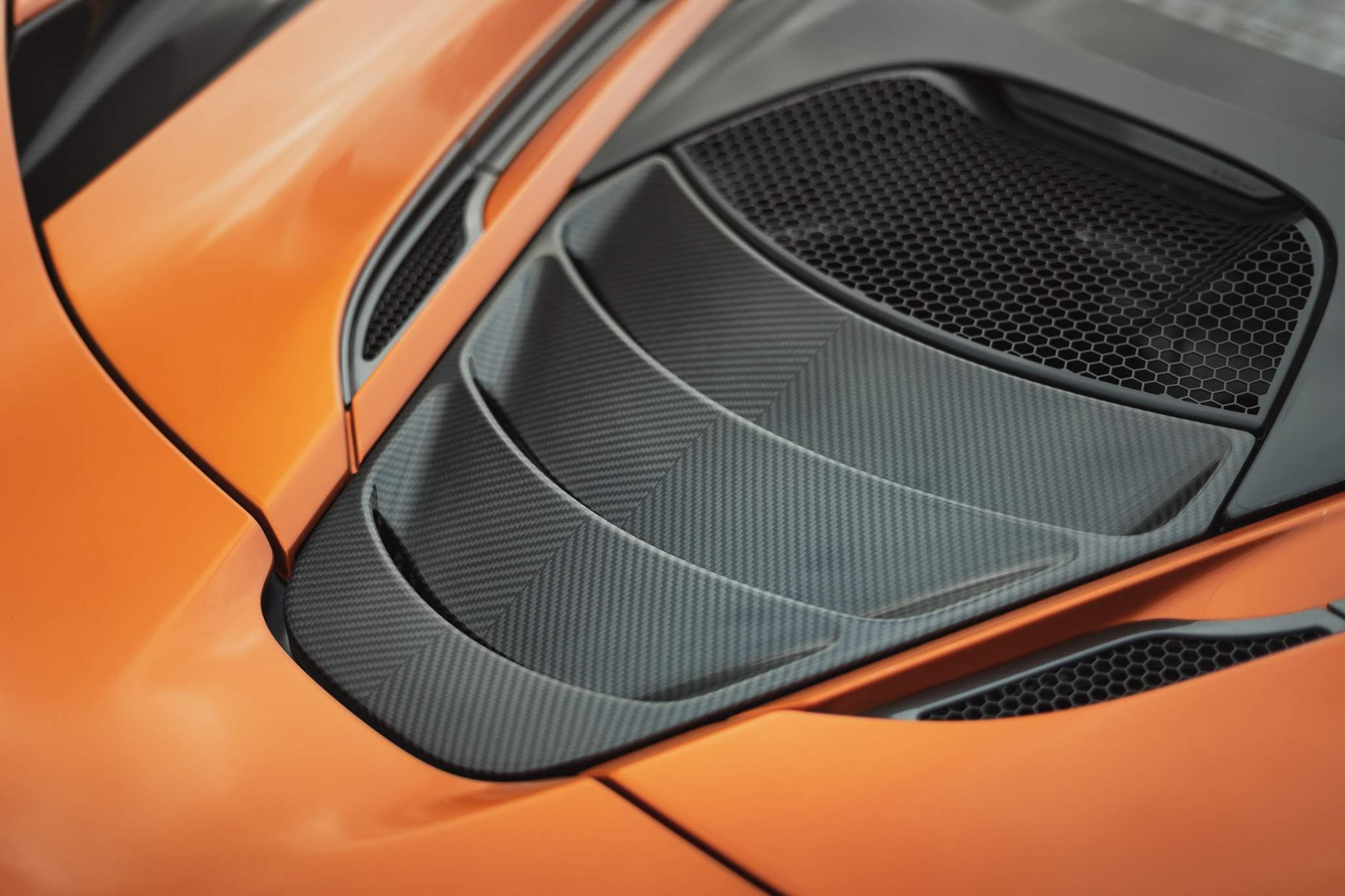 However, after a few months of using the a7ii, I began to realize I wasn’t “loving” the experience of shooting photos anymore. Sure, the a7ii was objectively a great camera, but in order to extract 100% of its potential I realized I’d need to make a much larger financial and mental investment.

In Over My Head

In hindsight, the costs of owning an a7ii shouldn’t have been surprising. Full frame cameras like the a7ii require quality lenses, and quality lenses means more $$$. Sure, there are a few good “budget” lenses for Sonys, but they are predominantly plastic and cheap feeling.

However, my woes weren’t just financial. I was finding the actual experience of shooting with the Sony to be fairly sterile. I felt like I was using a laptop, not a camera. 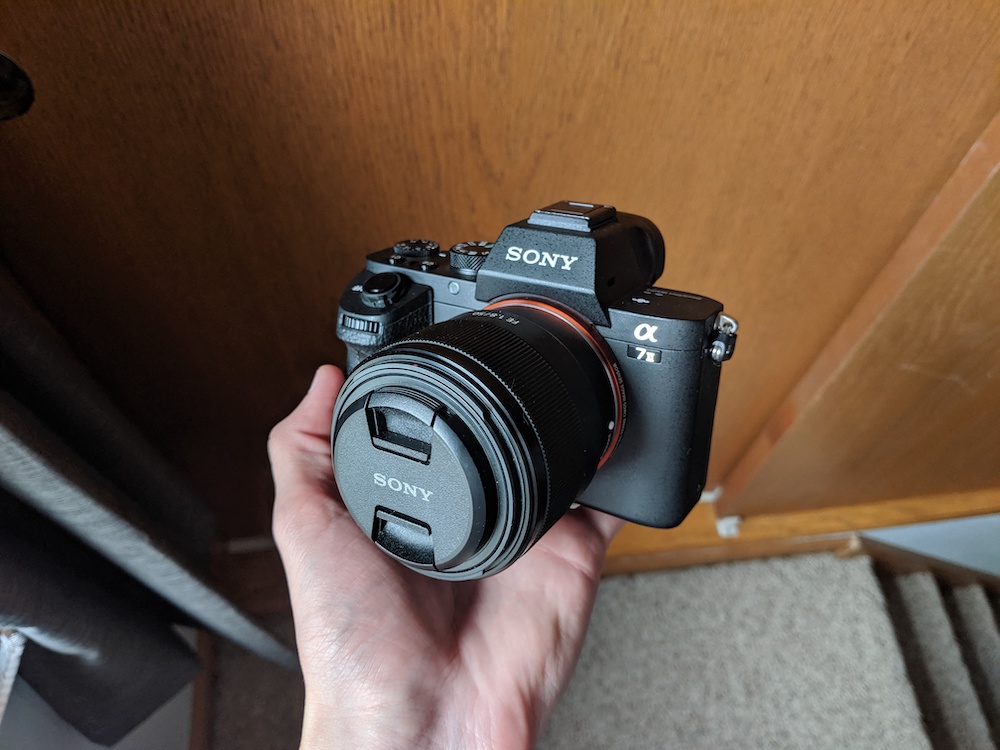 As a tool, the Sony does a remarkable job. It’s technically very impressive, is capable of capturing beautiful images, and provides deep customizability and flexibility if are willing to invest the time and energy in learning the ins and outs of the software.

But once the honeymoon period passed, I just wasn’t getting any enjoyment out of it. I didn’t find myself excited to pull it out of the case and go shoot. To make matters worse, using cheap plastic lenses on the high-quality metal body felt like a disservice to the Sony.

In addition, I felt the RAW files coming off the camera were fairly neutral with regards to color/personality. Most of the time I’d end up with dozens of OK photos from a shoot - planning to add my own flair in Lightroom edits later.

However, if you’ve ever edited photos you’ll understand what I mean when I say after about the tenth one, it starts to lose its luster. It felt like work, and it was sapping any enjoyment out of the result.

So I ended up selling my a7ii a few months back, and quite honestly don’t miss it all. Between COVID nullifying all car events, and winter fast approaching, it seemed like a good time to step back and re-evaluate where (and how) I wanted to invest my time and money.

For now, the best camera I’ve got is the one on my iPhone XS. And while can’t shake a stick at the 24.3 megapixel sensor on the Sony, it’s been nice to get back to basics. Not to mention, our new puppy has been a great excuse to get some practice! 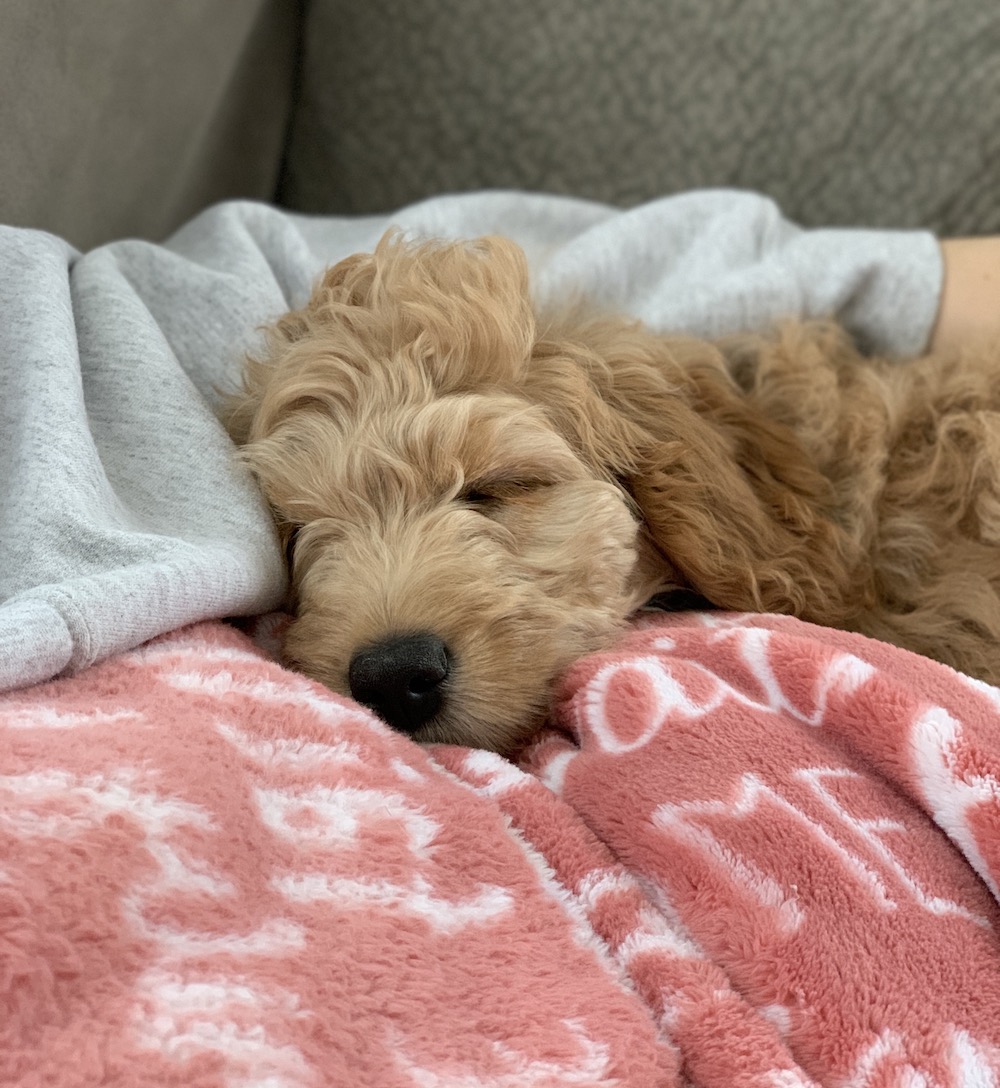 That being said, I do fully expect to pick up another mirrorless camera come spring. I have one in particular in mind…let me know if you can guess what it is!

Until then, I’ll be appreciating slowing down and reminding myself why I came to love photography in the first place.

Update - April 2021: I purchased a replacement for the Sony! Read more about it here