Overall my ownership experience with the WRX has been pretty uneventful. Aside from the odd interior squeak or rattle, there really haven’t been any recurring issues since I picked it up a few years ago.

Unfortunately a few months back, my clutch pedal developed an undesirable “creak”. It started with the pedal feel becoming increasingly gritty/rough towards the top of the engagement point, but eventually turned into a louder and louder creak.

In short, I was able to resolve the issue (knocks on wood) and I’m happy to report the car has been squeak free for a few weeks now! However, it did take several trips to my dealership and long stints without my car to diagnose properly. Because of how frustrating and inconsistent the issue was for me, and how many questions I got via Reddit/Instagram from other owners with similar issues, I wanted to walk through my experience in detail.

If you’re not interested in reading the whole thing, here’s the TL;DR:

The Origins of the Creak

It all started back in early June 2019, when I started noticing a grittiness in the pedal and a slight “creaking” noise when disengaging the clutch pedal.

I dealt with it for a few days before I ended up driving down to my Subaru dealership (without an appointment) hoping they’d have an answer for me. Unfortunately because the service bay was so loud during the time I stopped by, the service rep I was working with was unable to hear the noise and suggested I make an appointment.

One week later I dropped the car off at the dealership to have it diagnosed. Their technician was unable to replicate the creak and suggested that what I was experiencing was just “normal operating noise”. While I was somewhat frustrated, I left confident that I must have been just imagining things; After all, I tend to be a bit of an automotive hypochondriac… 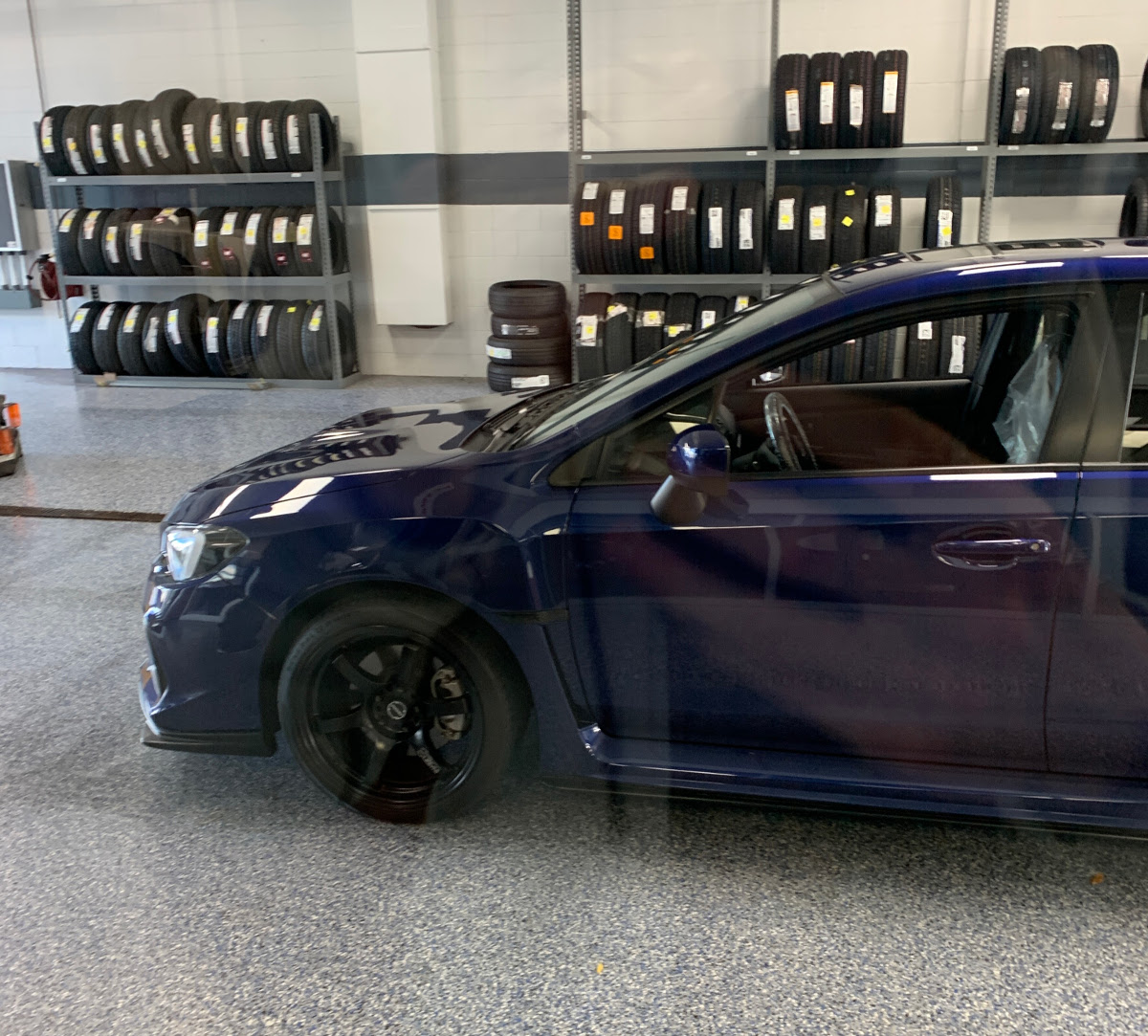 A month after that initial appointment, the noise had gotten progressively worse. Disheartened, I stopped by the dealership again. This time they ordered a replacement clutch pedal assembly believing that the pedal itself was causing the noise. About a month later, the part came in and was replaced when I took the WRX in for it’s 30,000 mile service. Since the service itself was fairly time-consuming, I was set up with a loaner Crosstrek and sent on my way. Unfortunately they were unable to complete the work before the weekend, and I ended up rocking the Crosstrek for a few days longer than anticipated. 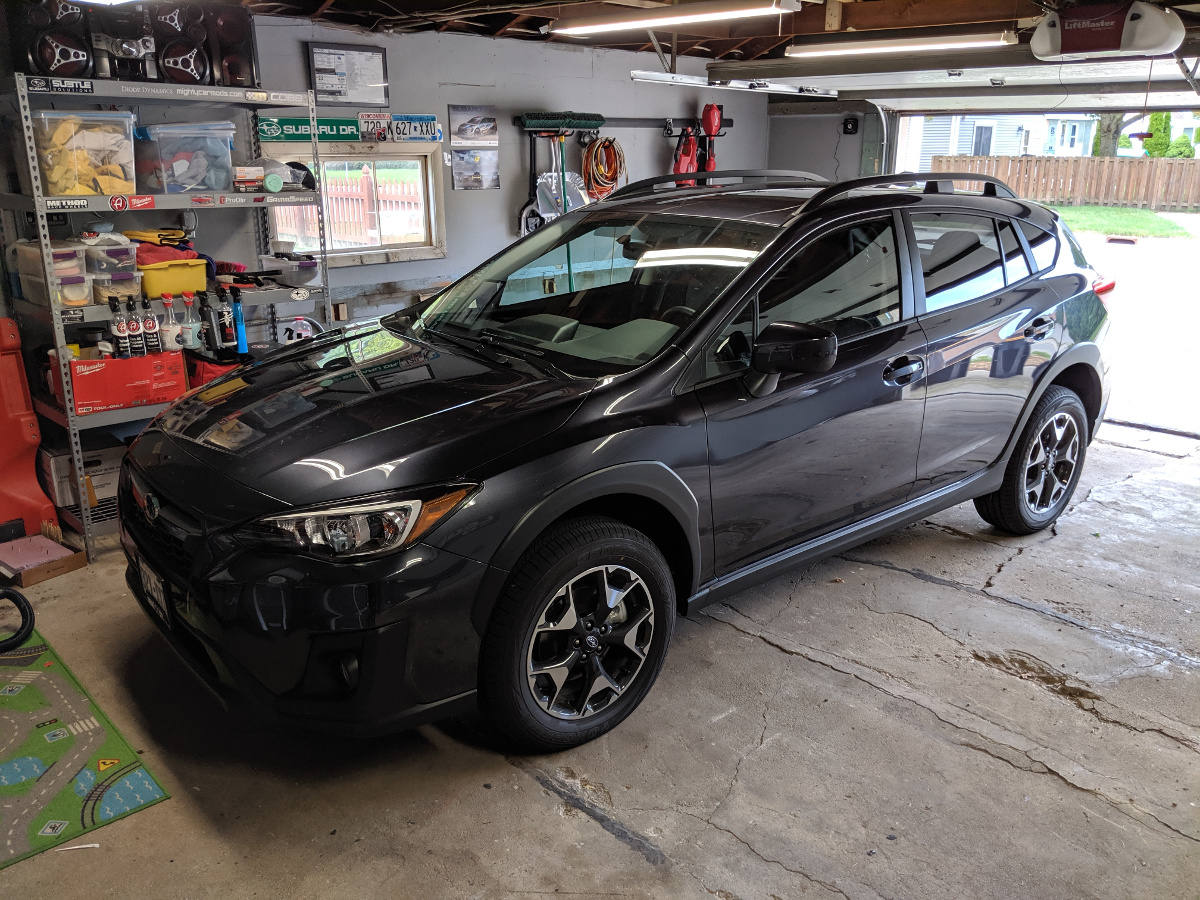 After the 30k service and new clutch pedal, the noise and grittiness seemed to have been improved. While it might have been the placebo effect, things were good for a few days. Unfortunately both the grittiness and creak returned shortly thereafter. Once again, I tried to reassure myself that these “issues” were normal (considering the technician’s input), but after a month of trying to live with it I was at wits end.

A little internet sleuthing suggested that I could try lubricating the clutch bracket and assembly leading into the firewall. After dousing the entire unit in white lithium grease with no improvement, I began to lose hope.

Quite honestly, I started to seriously considering alternatives to the WRX, and began to look at the possibility of moving into a GTI/Golf R. While I knew I would miss the Subaru, if the creaking was truly just a “Subaru thing” I knew I didn’t want to live with it any more. To give you an idea of how bad it got, take a listen to the videos below:

Then one day, in a last ditch effort I began drafting an email to Subaru of America. I wasn’t sure if they’d be able to help, especially considering the dealership had done all they could diagnose/remedy the issue to the best of their ability. However, as I reviewed the timeline of events, some random Googling threw up a reference to a Subaru service bulletin that seemed to address the very issue I had been having. TSB 03-82-18 read:

“In cases where the operator keeps a foot on the clutch pedal for extended periods, an increased amount of heat is generated which can cause the grease inside the bearing to deteriorate.” 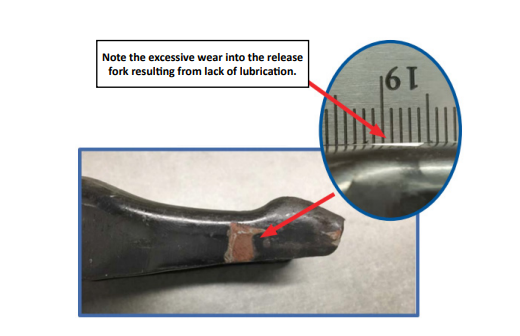 And detail of the fix:

“This (bulletin) announces a design change to the clutch release bearing…During assembly of the bearing, a different type of grease is used which has a higher resistance to heat.”

After a few calls back and forth with my service department, I decided to just try and find a day when I had the time to drive down after work AND the car was exhibiting the issue to the degree in the above video. Fortunately the stars aligned, and midway through October I rolled into the service bay on a slow afternoon with the creak worse than ever. I popped the hood and both the service rep and technician agreed it was insanely loud. Hearing them say “Sounds like a bullfrog…yeah that’s definitely not normal” was such a relief. Knowing that the noise wasn’t just my imagination and I was able to prove it meant I could move past trying to reconcile keeping a car that refused to cooperate.

Once again, I was sent on my way with another loaner Crosstrek and the WRX was off to have the transmission pulled, technician with the TSB in-hand. This time the repairs took about a week. 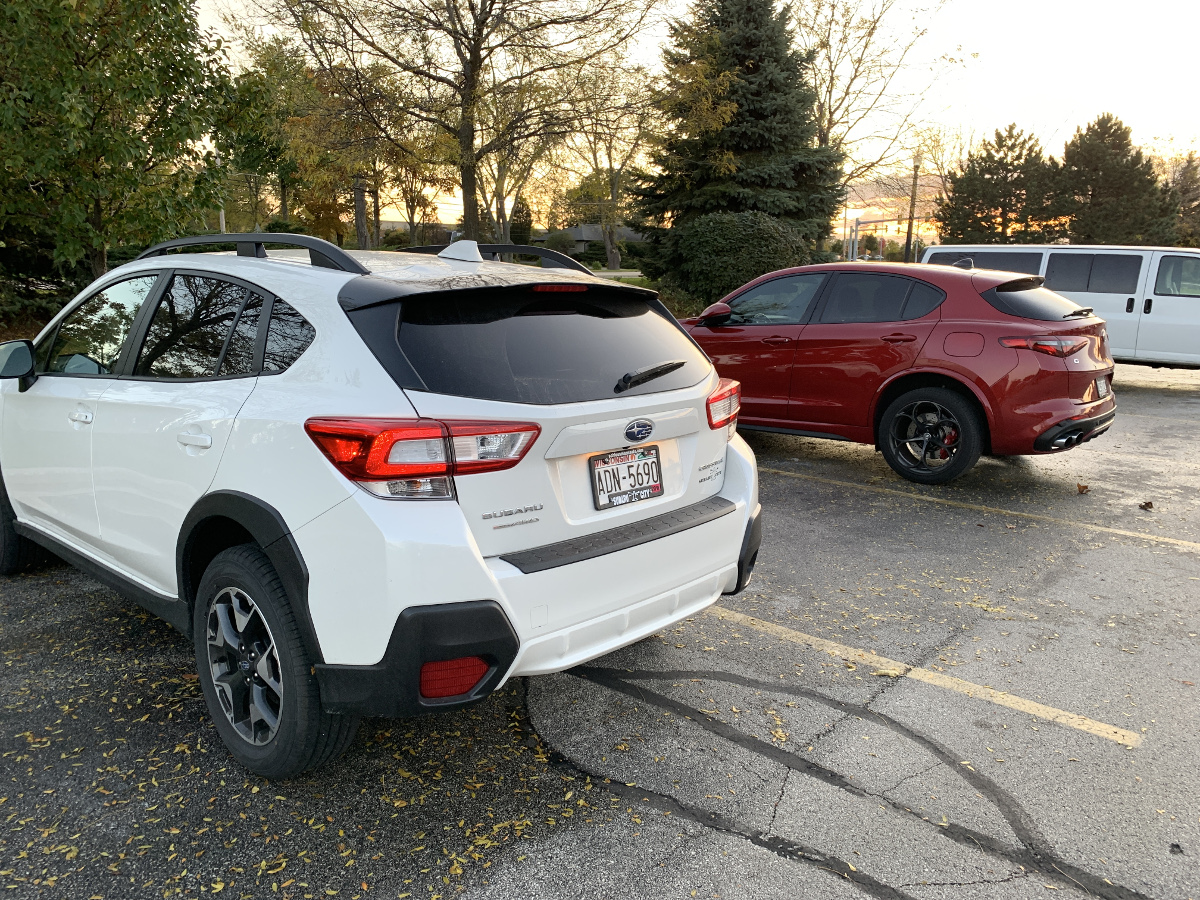 When I stopped by the dealership the following Saturday, the summary of work suggested that the TSB had correctly diagnosed the issue as a worn throwout bearing and clutch fork. The technician noted that he discovered wear and corrosion on the clutch fork itself, which when the clutch was depressed created the “creak” and gritty feeling I had been experiencing. Below is a picture of the invoice with the exact parts that were replaced, for reference: 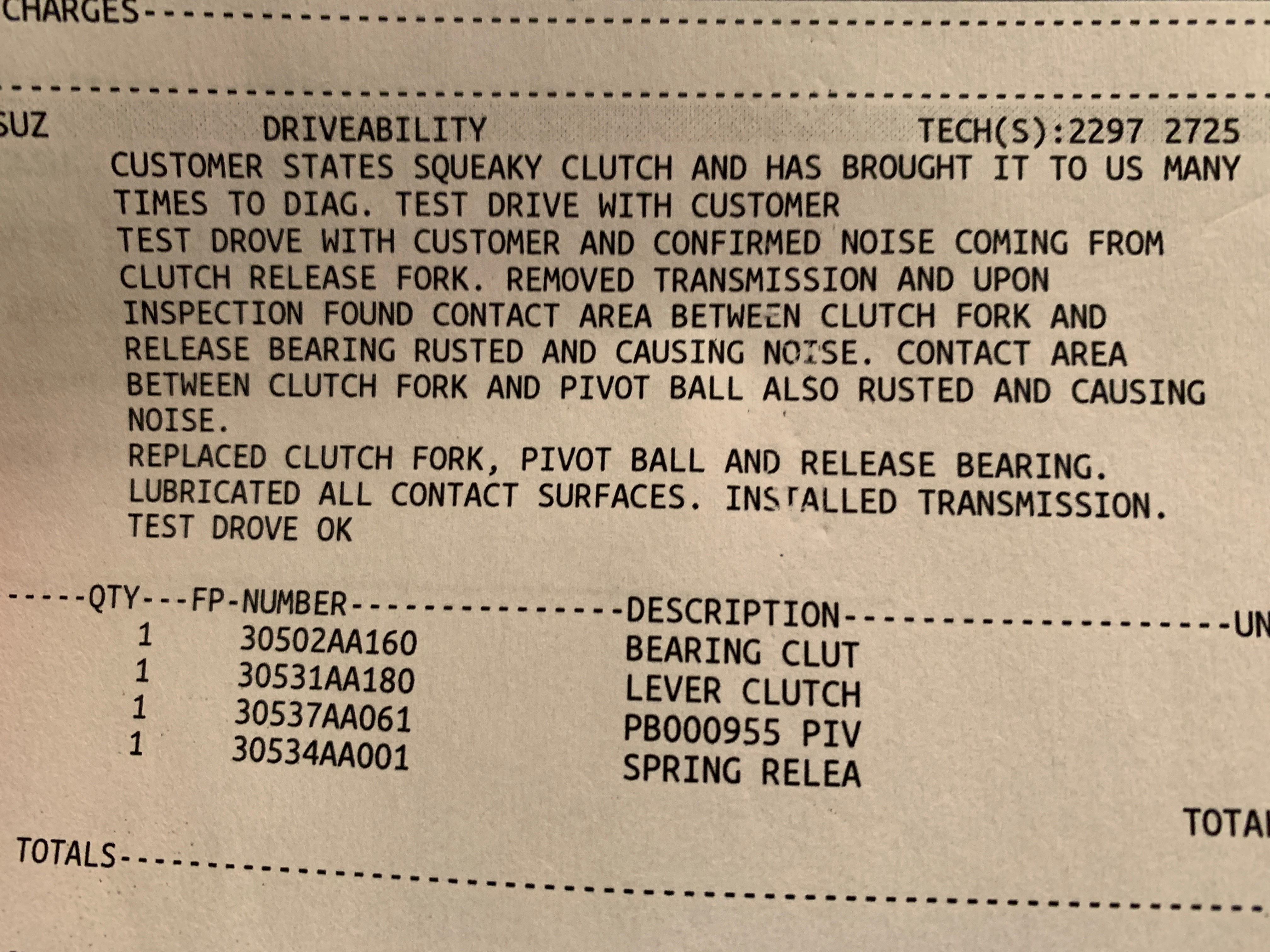 It’s been a little over a month since the repair, and I’m very happy to report I’ve had zero issues with creaking or gritty pedals! Per the TSB, I’ve been careful to avoid prolonged clutch engagement since the repair. While I don’t think that alone was the cause of the issue, I’m sure I had gotten complacent and spent too much time with the clutch depressed at intersections or when rolling to a stop day-to-day. I’m certainly hoping to avoid this repair in the future… 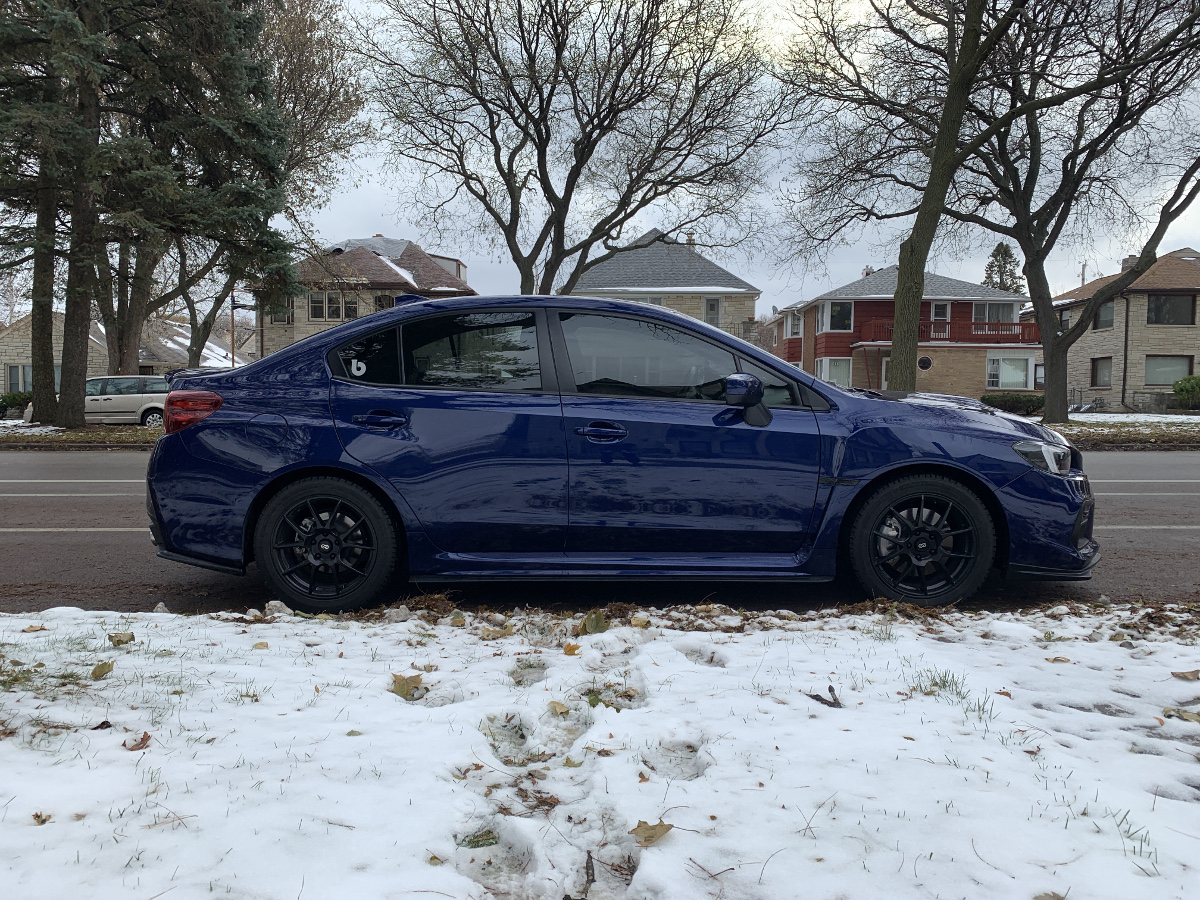 So there you have it! If you drive a 2015+ WRX/STI and have a creaky or gritty feeling clutch pedal, be sure to check if your vehicle is affected by TSB 03-82-18. At the very least, print out the TSB and take it by your dealership. While the service department will still have to “prove” the issue exists before any work can be done, the TSB and a clear description of the issue can help point them in the right direction.

If you have any questions or just want to complain about how squeaky your car is, feel free to shoot me an email!

Be the first to get notified when new content is added! (I promise, no spam)