Goodbye to the WRX

After four and a half years and nearly 45,000 miles together, I said goodbye to the WRX this past week. I didn’t originally plan to switch cars this year, but there were a number of reasons that led to it being the right time.

I’ve already done a few long term reviews of the WRX, but I wanted to make this post to reflect on my overall ownership experience, and to properly close out this (big) chapter of my car history!

What Makes a Subaru, a Subaru?

I took delivery of the WRX back in September of 2017; a huge milestone for me personally. 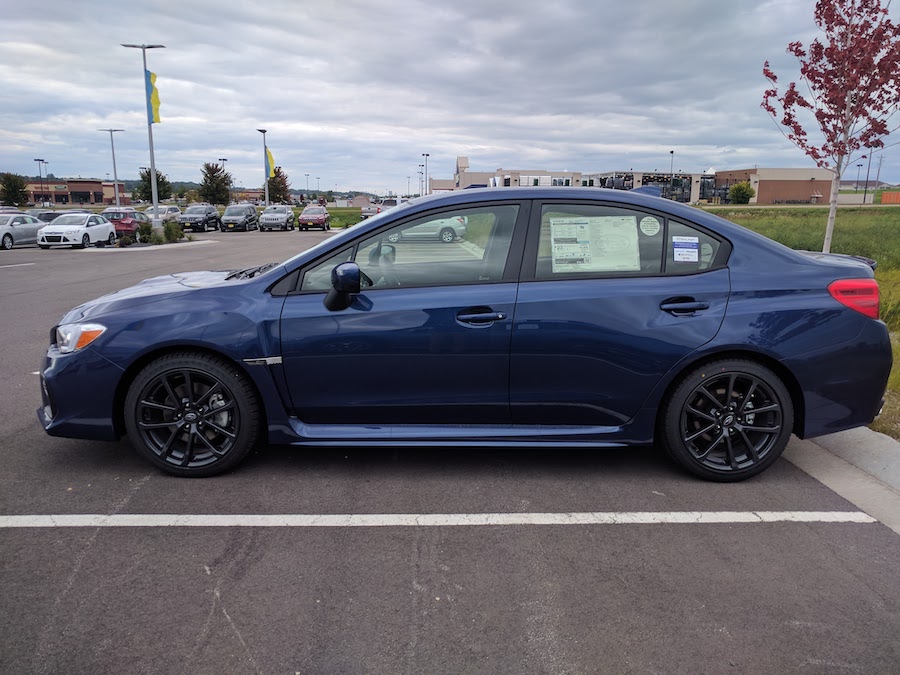 Being in my mid-twenties, I was excited about the opportunity to finally purchase my “attainable dream car”. The novelty and shock of this did not wear off quickly, and a majority of the first few years were spent relishing every aspect of ownership.

The WRX was my indoctrination into the turbocharged, AWD cult of Subaru, and needless to say, I’ve been drinking the Koolaid ever since! Case in point: when it came time to pick out a new car for my wife, I knew it had to be a Subaru too!

Brand aside, the WRX really was a big change. My Fiesta ST was a blast to drive, but it was hopelessly impractical and most of the time, genuinely uncomfortable to live with. In addition, even with proper tires, it wasn’t ideal for a Wisconsin (e.g. winter) daily driver.

For these reasons, I was excited to see first-hand what all the AWD hooplah was about.

Subaru’s symmetrical all wheel drive really is no joke. Over the life of the car, I can’t think of a snowstorm or inclement weather day that seriously phased me in my WRX or my wife’s Outback, for that matter. 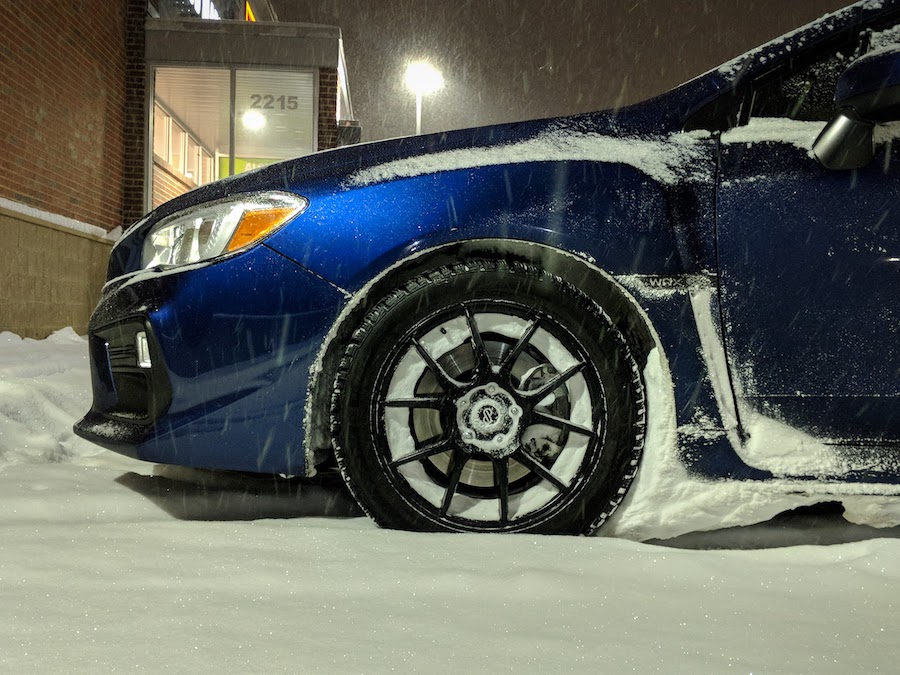 Even during the summer months, the AWD system made for a totally different experience than the front wheel drive cars I had grown accustomed to. Whereas my Cougar and ST always felt like they were just “pulling” themselves along, often unable to fully deploy their power, the WRX was absolutely planted and remarkably composed, even under hard acceleration.

So the merits of AWD certainly impressed me, but what about that other “classic” Subaru trait - practicality?

With a much more spacious and comfortable interior, the Subie was a huge step up in practicality from the Fiesta. Over the years, I used the WRX to tote a huge variety of stuff - from gardening projects, home improvement materials, and even full-size cat towers from Costco! 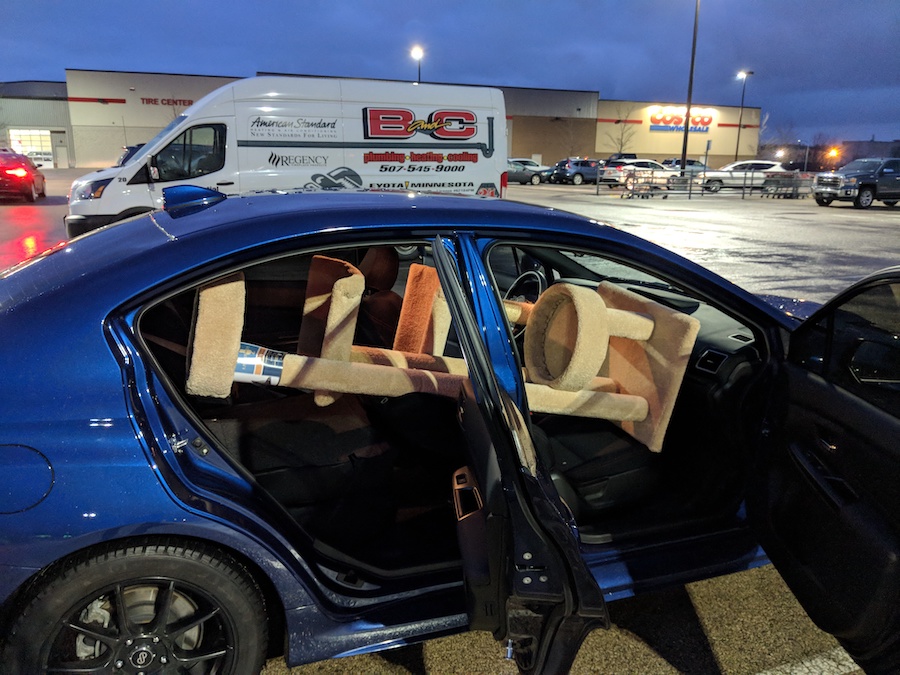 While I would have LOVED the option of a wagon or hatchback, I grew to appreciate the refined styling of the sedan. The isolated trunk meant there was significantly less drone/cabin noise at highway speeds, even with a cutback exhaust, and the large backseat area had plenty of space for my weekly errands.

I also appreciated how comfortable the interior was for passengers. I was the “driver of choice” for dozens of work lunch runs over the years, and never once had a complaint from my coworkers. Sitting in the backseat myself while cleaning, I couldn’t help but think how comfy the rear seats were!

Overall then, the WRX proved to be a true Swiss Army knife - a master of none, but incredibly capable in almost all areas!

In addition to being supremely practical, the WRX was essentially dead reliable over my 45,000 miles with it! I did most of the maintenance myself, aside from the major service intervals, and paid a grand total of $0 out of pocket for any repairs or powertrain issues! 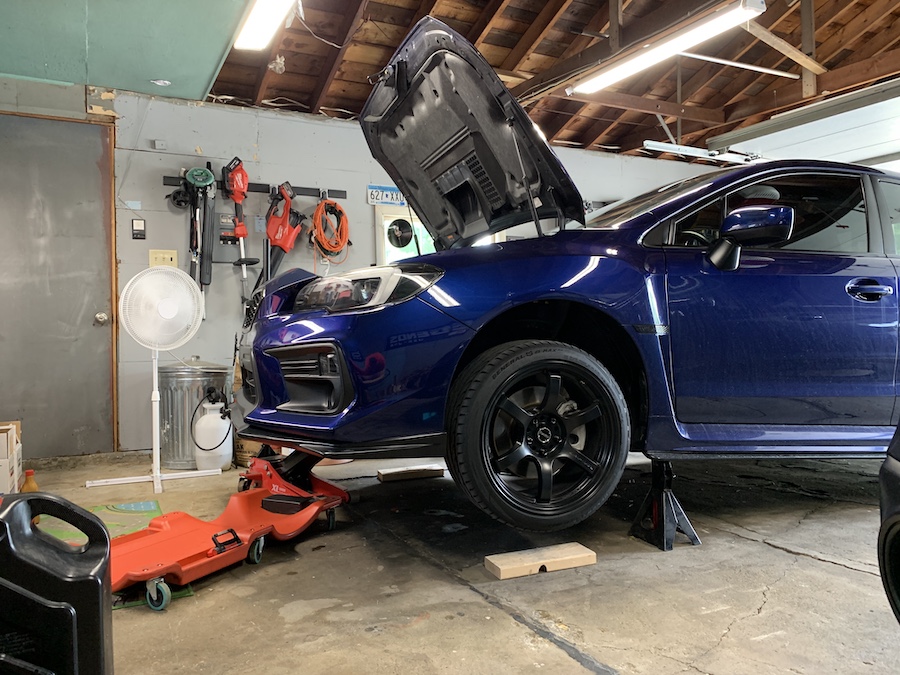 I did have a somewhat “chronic” issue with clutch noise that, after a few visits to the dealership to diagnose, seemed to be completely resolved with a TSB-directed fix.

Unfortunately towards the end of my ownership, the clutch noise started acting up intermittently again. It was more of an annoyance and never impacted drivability, but I did worry that it would eventually necessitate another dealership visit.

Overall though, the electronics, suspension, engine, etc. were still working in tip-top shape when I handed the keys on trade in. After experiencing a near endless crop of issues with my wife’s Ford Focus (not to mention a few electronic gremlins with my ST), I would happily recommend the WRX as a very reliable vehicle.

To Shift or Not to Shift, That Was Not a Question

Like a vast majority of WRX owners, I opted for the manual transmission with my car. Since I had been daily driving stick shift cars since I was 16, this was an easy decision to make when placing my order. 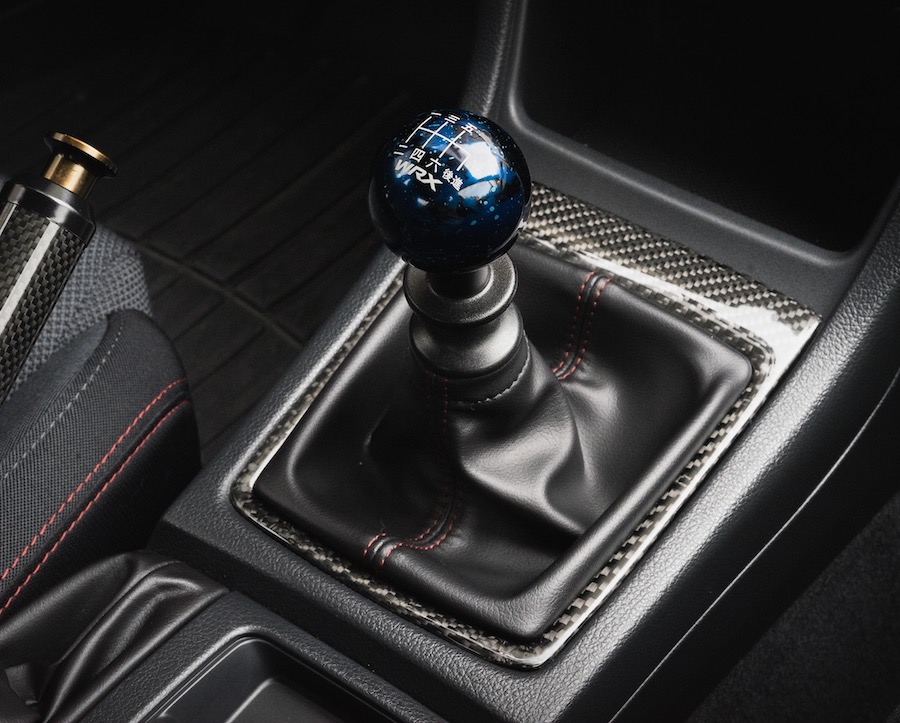 For the 2015-2021 WRX, Subaru did offer a CVT (Continuously Variable Transmission) option; three letters that are all but deemed heretical by the enthusiast community.

However, after having driven the stick WRX for almost five years, I can confidently say I now respect the rationale of both options.

Compared to my ST’s transmission, the WRX gearbox is a much more…visceral experience. There’s a lot more drivetrain shock and feedback, and gear shifts themselves require a lot more effort.

Combined with a heavy, sometimes vague clutch, I never felt like I fully mastered the Subaru manual. The first few weeks with the car were an exercise in patience and discipline; in a lot of ways I felt like I was learning how to drive stick all over again! 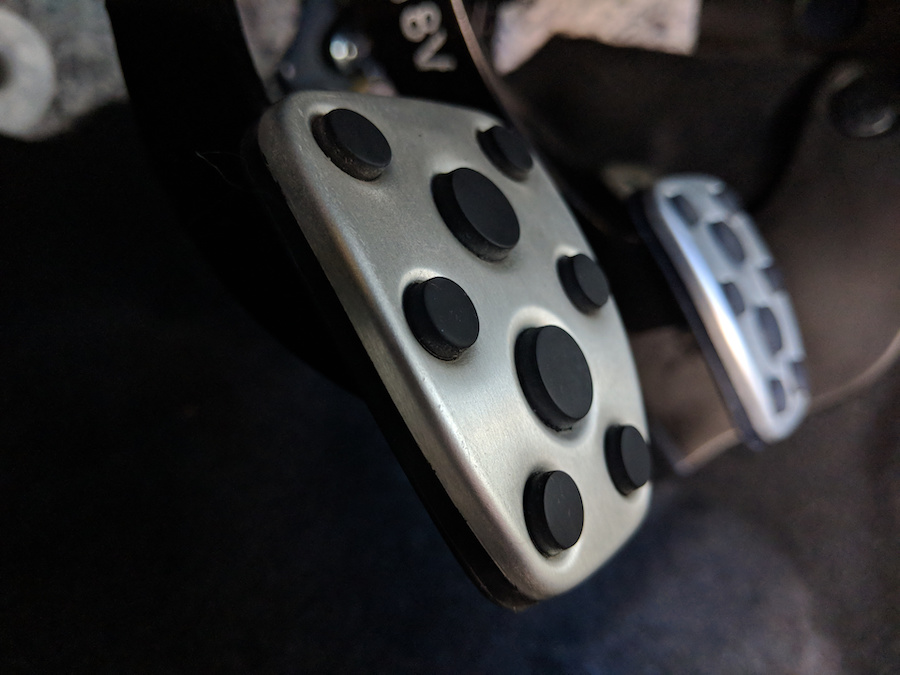 This behavior is a bit of a double-edged sword, in my opinion. On the one hand, it makes the WRX/STI excellent drivers cars - often referred to as some of the last “analog” offerings in an increasingly-digital era. The WRX was genuinely happiest and performing smoothest when truly wrung out.

On the other, it means the WRX can sometimes be difficult to live with as a daily driver. There were many days I was ready to throw in the towel, yearning for a smoother, more relaxing experience. On a couple of occasions I got semi-serious about exploring a Golf R or something with a more performance-oriented automatic.

In spite of all its mechanical quirks and challenges, I always fell back in love with the way the WRX drove.

One area the WRX is really lacking is refinement. As I mentioned before, this simplicity/rawness is considered desirable by many, but after a few years of ownership, it did start wearing on me.

Overall, I think “spartan” is the best way to describe the WRX’s interior. This simplicity is simultaneously one of its greatest strengths and weaknesses. 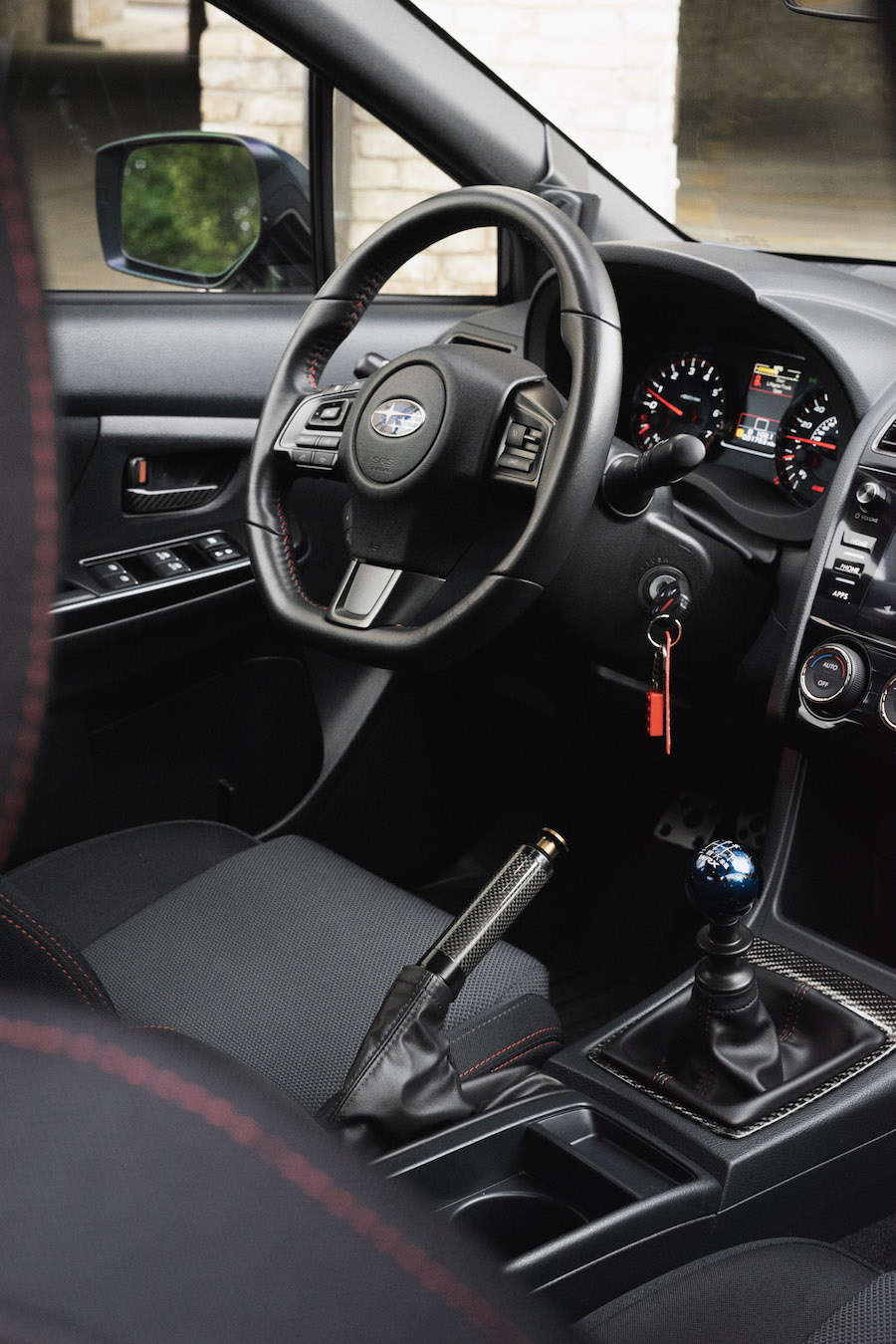 All of the important functions are accessible via physical buttons, and all the switches are durable, tactile, and easily become muscle memory. Particularly the HVAC controls - I grew to love how intuitive the three dials became, especially when driving. 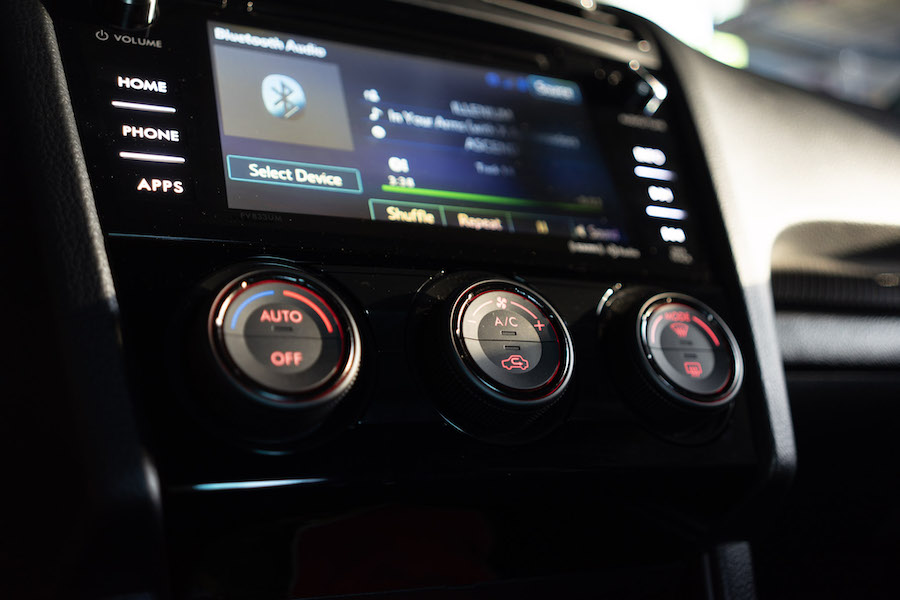 However, from a technology/feature standpoint, there’s almost no creature comforts. In no particular order, a few of the things I found myself adding to my “wishlist” over the years included:

Side note: I realize that many of these were added and/or available on higher trim levels of the WRX. However, at the time I bought my car, Subaru was very much behind the competition in terms of features.

If it wasn’t my daily driver, most of these things probably wouldn’t have bothered me as much. Unfortunately when it came to choosing between the WRX and the Outback, the WRX slowly became relegated to my work commute and the occasional weekend jaunt.

To its credit, my individual interests and priorities changed a lot over the course of ownership. And in spite of its shortcomings, the WRX always remained a very respectable daily driver.

I feel truly fortunate to have had the opportunity to own and drive my WRX the last few years. I made so many great memories with it - from Subiefests, road trips, and even just daily commutes. It proved to be a reliable, practical, and extremely capable sport sedan. 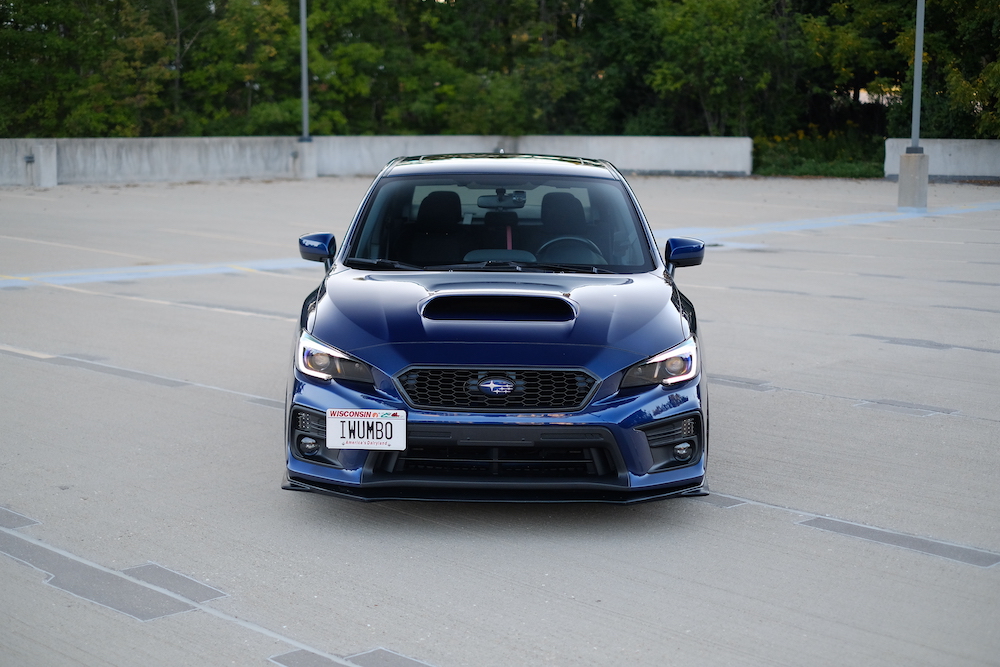 It shuttled our family in safety (and speed), and always brought a smile to my face when I turned those keys. It had its fair share of flaws, but as I’ve said before - no car is complete without a personality/quirks of their own.

It’s absolutely bittersweet to close this chapter of my life, but I can confidently say I loved almost every minute of my time with the WRX. As my “dream car”, it did not at all disappoint. 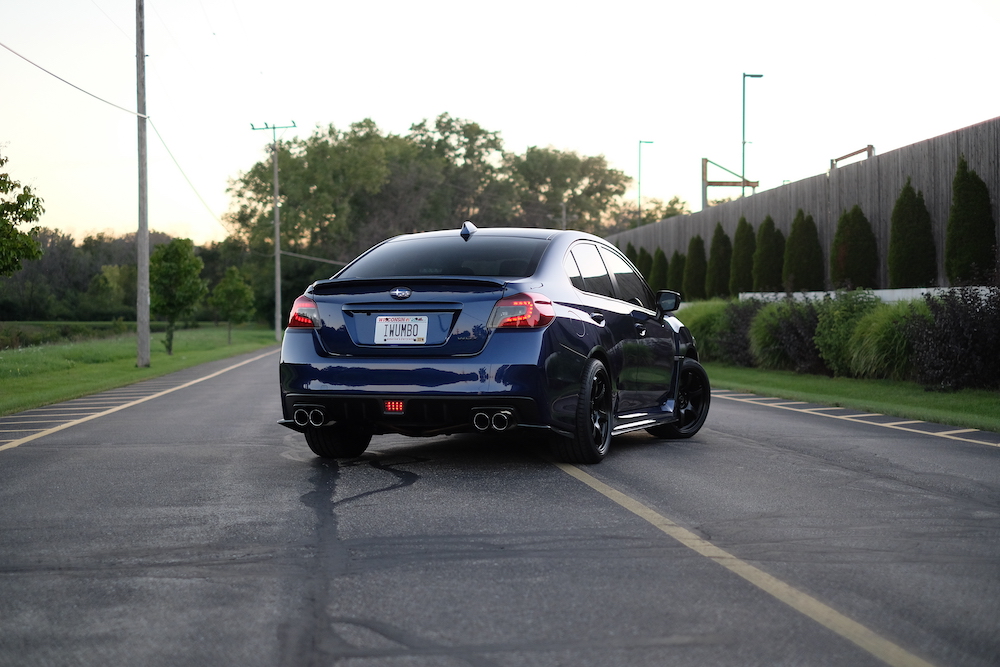 So while the future might look (and sound) different, I am so excited to see what developments are made in the sporty electric vehicle (EV) space in the next few years. The idea of a more refined, EV WRX/STI really gets me excited.

In the meantime, I look forward to sharing with you all what I chose to replace the WRX with! Stay tuned!